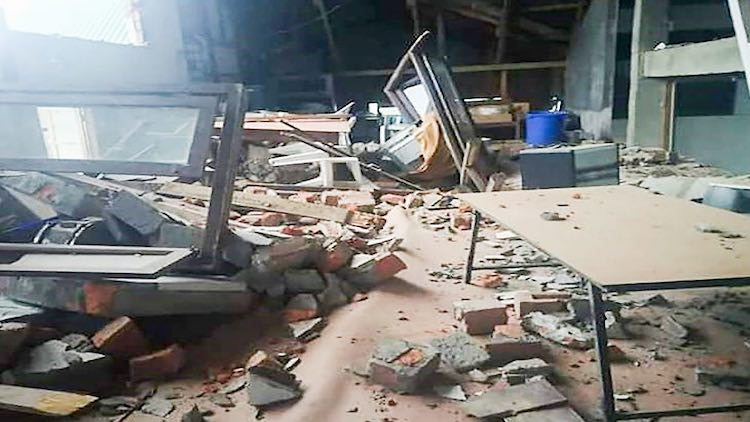 According to the National Center for Seismology, an earthquake measuring 4.5 on the Richter scale shook Mizoram late night at 1:14 am, with epicentre reported at 21 kilometres south of Champai district. Another earthquake with an intensity of 3.8 struck Nagaland in the early hours at 3.03 am, whose epicentre was 9 km northwest of Wokha district.

This is the fifth earthquake in Mizoram within a week, with Champai becoming the epicentre of the earthquake in the State. In the last five days, Champai has been hit by earthquakes four times. On Wednesday at 8.29 am, a 4.1-magnitude earthquake hit 31 km south of Champai in Mizoram.

Earlier, there were earthquakes in Champhai on Monday morning and late Tuesday, creating an atmosphere of panic among the locals. On June 21, simultaneous earthquake tremors were felt in Meghalaya, Assam, Manipur, Mizoram, measuring 5.1 on the Richter scale and the epicentre was Aizawl. Besides Northeast, there has been a sudden rise in earthquake tremors in other parts of the country. The area around Delhi-NCR was hit by an earthquake on Thursday afternoon whose intensity was measured at 2.8 on the Richter scale.

An earthquake of magnitude 2.8 struck near Haryana's Rohtak at 12:58 pm: National Center for Seismology