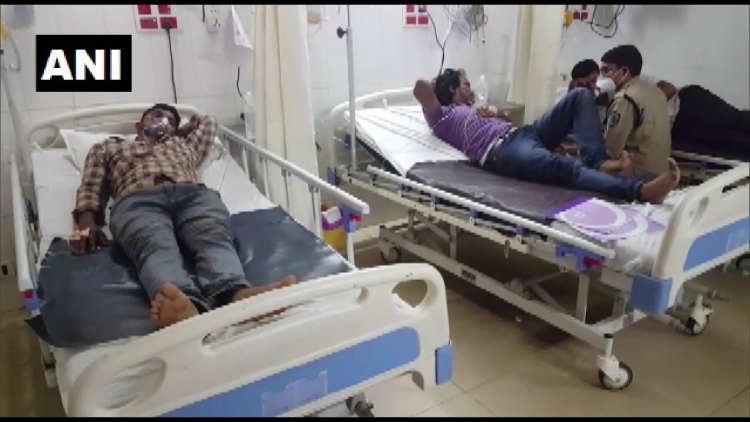 In Andhra Pradesh's Visakhapatnam, two employees have died in a gas leak in a factory on Monday night, while four people have been admitted to the hospital. The incident took place at 11.30 pm on Monday when a poisonous gas called benzimidazole started leaking from Saner Life Science Pharma Company's plant located in Jawaharlal Nehru Pharma City, Parawada.

According to Inspector Uday Kumar of Parawada Police Station, at the time the gas leaked, there were about thirty people in the pharma company. People present there said that at 11:35 pm in the night, six employees suddenly fell unconscious and were taken to the hospital where two died and four are still being treated.

#UPDATE - 2 people dead & 4 admitted at hospitals. Situation under control now. The 2 persons who died were workers and were present at the leakage site. Gas has not spread anywhere else: Uday Kumar, Inspector, Parwada Police Station https://t.co/ogbuc3QfoY pic.twitter.com/TuPCeWK8ZF

According to the police, the two employees who passed away have been identified as Gauri Shankar and Narendra. The condition of hospitalised employees is also said to be very serious.

After the news of the gas leak, Collector V. Vinay Chand, Police Commissioner RK Meena, and all the top police officers reached the spot. All are trying to find out the cause of the gas leak, but nothing has yet to light about how the gas leaked. At the same time, the Andhra Pradesh CM office said that Chief Minister YS Jagan Mohan Reddy is keeping an eye on the incident and he has also ordered an immediate inquiry into the gas leak cases.

This is not the first time a gas leak incident has taken place in Visakhapatnam. Earlier on May 8, 12 people, including two children, were killed due to the leaking of styrene gas from an LG Polymers chemical factory in Venkatapuram area of ​​Visakhapatnam. More than 500 people were admitted to the hospital.