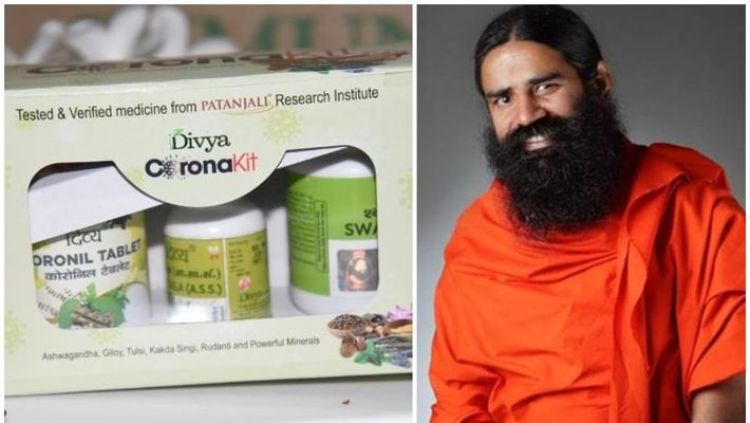 Yoga Guru Baba Ramdev's company Patanjali is in hot water over its claim of making the coronavirus ‘cure’. Now Jaipur’s National Institute of Medical Sciences (NIMS) has distanced itself from the controversial ayurvedic drug.

Patanjali claims that the drug trials on coronavirus patients were done in NIMS. But Dr. BS Tomar, the chairman of the institute, dismissed the claim and said that the hospital used Ashwagandha, Giloy, and Basil as immunity boosters but it was only to increase immunity and not to make COVID-19 cure.

Dr. Tomar said that it was only two days since the trial results came and meanwhile Baba Ramdev was already claiming to have made the first COVID-19 medicine. He said that only Baba Ramdev can answer this, how he made the medicine in two days. Dr. Tomar also said that he does not even know how Baba Ramdev has claimed it as a 100% cure.

Rajasthan Health Minister Dr. Raghu Sharma has told the departmental officials that the medicine prepared without the permission of the ICMR and the government is illegal and hence Patanjali's drug should not be sold anywhere in the state.

At the same time, Patanjali CEO Acharya Balakrishna once again claimed that he has followed all the procedures while making the drug. The license was applied on the basis of the compound used in the medicine. We have also put the results of the clinical trial in front of the people. He further stated that he had done nothing wrong while obtaining the license and did not advertise the drug, he just tried to tell people about the effects of the drug.

Currently, the Rajasthan and Maharashtra governments have banned the promotion and sale of Patanjali's medicine. Many other states are also preparing to ban it.