Petrol and diesel prices have increased for the eighth time on Tuesday. Petrol in Delhi will now cost ₹100.21 per litre as against ₹99.41 previously while diesel rates have gone up from ₹90.77 per litre to ₹91.47, according to a price notification of state fuel retailers. At the same time, prices in Mumbai have crossed Rs 110. On Tuesday, the price of petrol has been increased by 80 paise and that of diesel by 70 paise. In eight days, fuel prices in the country have increased by Rs.5.
Also Read:
IPL 2022: Despite New Skippers; CSK, MI, RCB Lost Their Debut Match

Petrol in Mumbai is being sold at Rs 115.04 per liter, while diesel is being sold at Rs 99.25 per litre. Fuel prices vary across states because of VAT. Fuel prices in the country remained stable even after the historic increase in crude oil prices in the global market, but prices have continued to rise after the elections. Last week, Moody's Investors Service reported a combined loss of $19,000 million, or $2.25 billion, to retailers as fuel prices remained stable during the election period. It was believed that the central government may increase excise duty to increase the prices of petrol and diesel due to the Russia-Ukraine war, but there is no public discussion about it at the moment. India is getting adequate supply of crude oil from Russia at cheaper prices than other countries. Recently, India has purchased 3 million barrels of crude oil from Russia at a discount of 25 percent. For example, excise duty on petrol and diesel earns big money for the central government. Gonews had earlier also told that in the three years between 2018-19 to 2020-21, the government earned Rs 7.24 lakh crore from excise duty on petrol and diesel only. Of these, Rs 2.34 lakh crore was earned on petrol and Rs 4.89 lakh crore from excise duty on diesel. Surprisingly, during the pandemic, excise revenue on fuel was the highest. It is worth mentioning that since 2014, the central government has focused more on earning from fuel. For example, since 2014, the Center has increased excise duty on 13 occasions, while it was reduced on only four occasions. 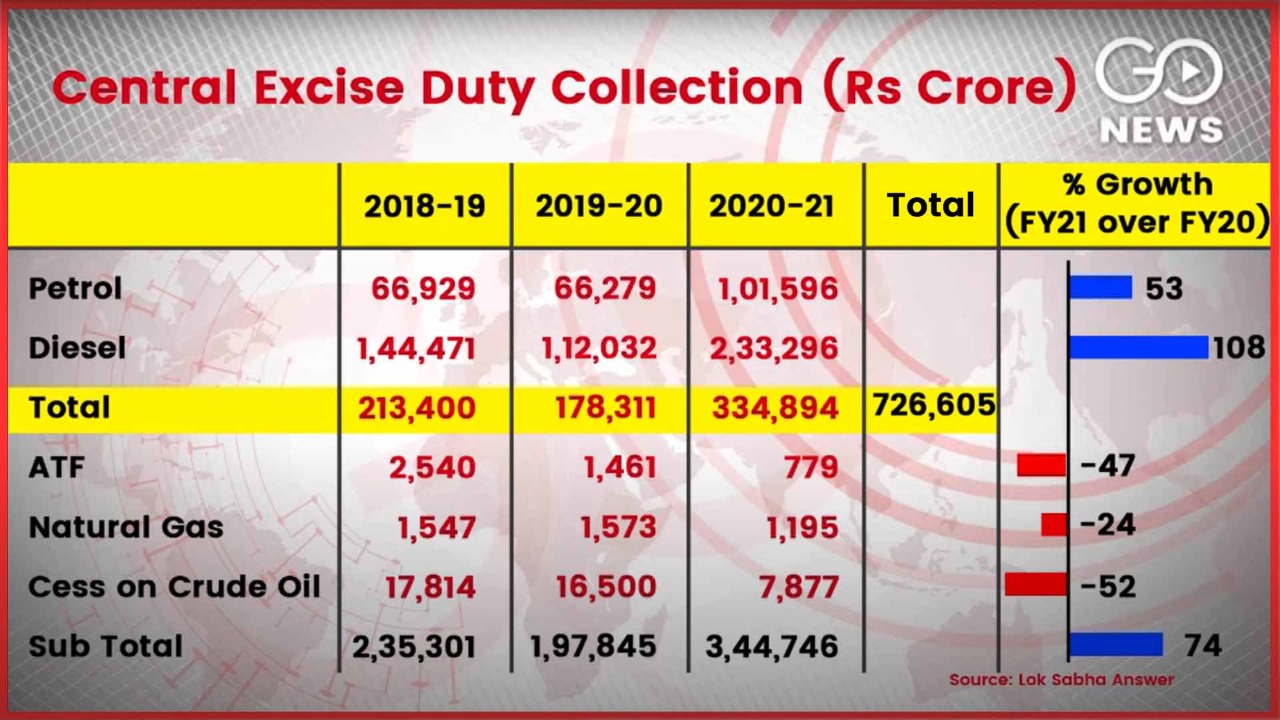 During the pandemic, the Center levied an excise of around Rs 33 on petrol and about Rs 32 on diesel, the highest in eight years. 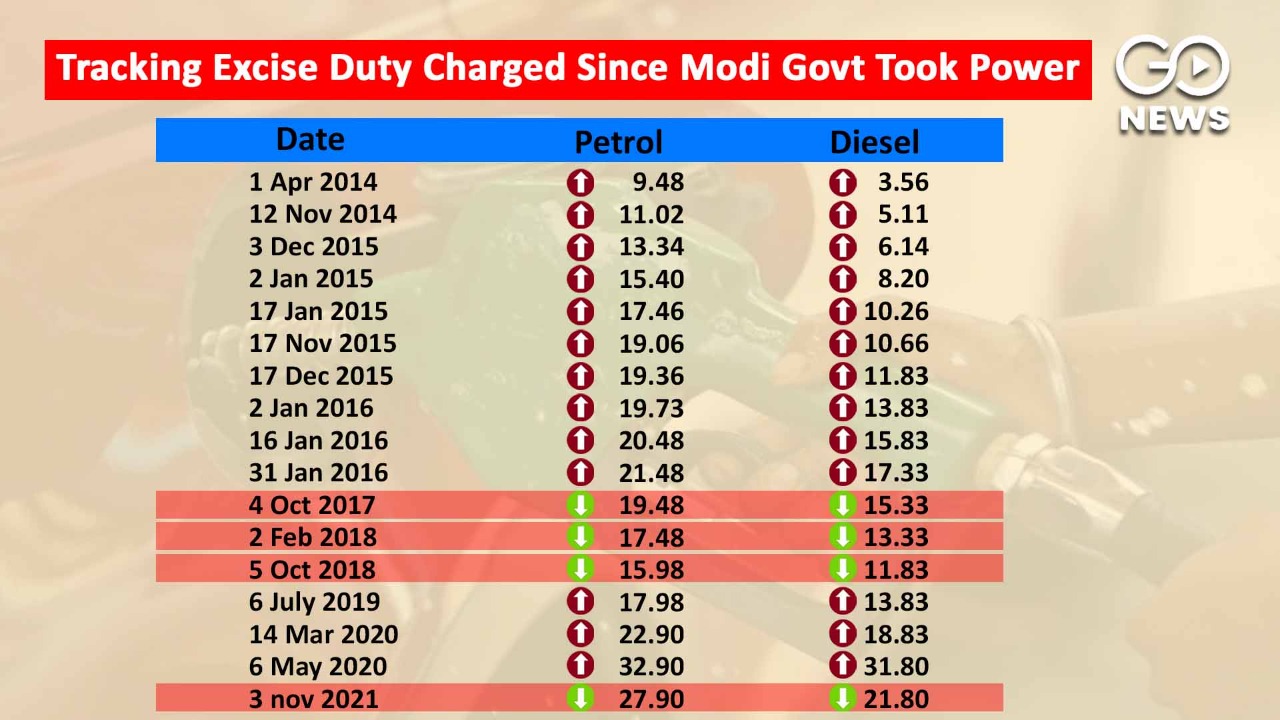