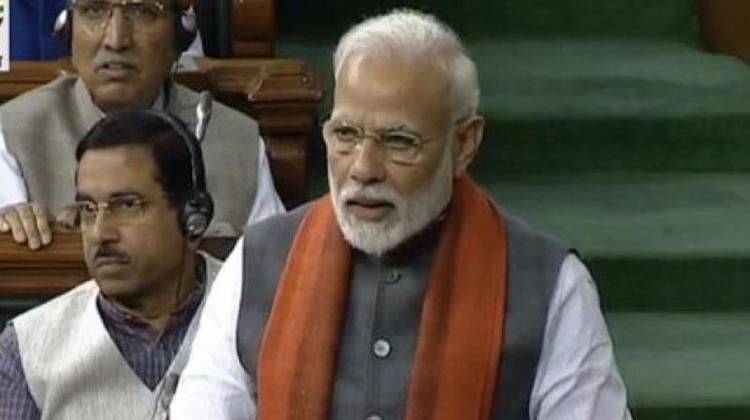 Prime Minister Narendra Modi said in the Lok Sabha on Wednesday that following a Supreme Court order, an autonomous trust - the Shri Ram Janambhoomi Tirath Kshetra - has been formed for the construction of the Ram Temple in Ayodhya. Modi said that important decisions, in keeping with Supreme Court orders, have been made in a Union Cabinet meeting. Also Read: Coronavirus: Pak Students Hit Out At Their Govt For Abandoning Them In Wuhan

Announcing its verdict on the Babri Masjid-Ram Janambhoomi dispute on November 9, 2019, the Supreme Court had instructed the Central government to set up a trust within three months. This deadline was set to expire on February 9. PM Modi also said that according to the Supreme Court order, the Uttar Pradesh government had been asked to give five-acre land to the Sunni Waqf Board, sanction for which has been granted. Home Minister Amit Shah said that the Shri Ram Janambhoomi Tirath Kshetra will have 15 trustees, out of which one trustee will be from the Dalit community and there will be no representative connected to politics.  Meanwhile, AIMIM chief and Hyderabad MP Asaduddin Owaisi has raised questions on the timing of this announcement. He said that the current session of Parliament is ending on February 11 and this proclamation could have been made after February 8 - Delhi assembly elections polling date - too. But it appears as if the BJP is worried over the Delhi elections. It will be interesting to see whether this announcement will have any impact on the Delhi assembly elections.

Ahead of #DelhiElection, #PMModi announces constitution of #Ramtempletrust in #Ayodhya saying it's in line with the #SupremeCourt guidelines