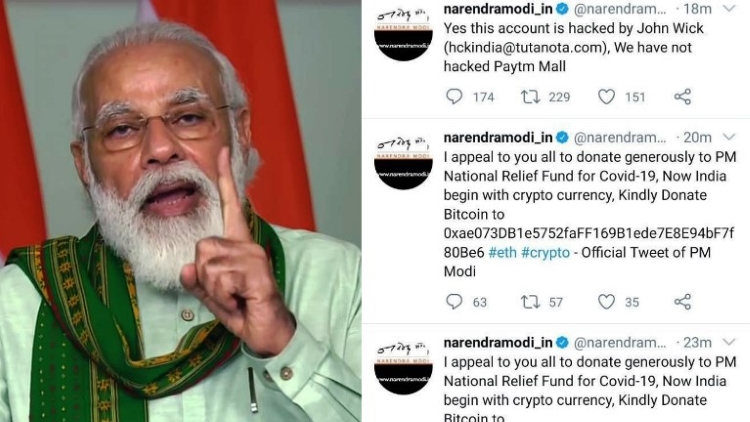 After the hacking, a Twitter spokesperson issued a statement saying the company was aware of the incident and steps have been taken to protect the compromised account. We are actively investigating the situation. At the moment, we are not informed of any other account being affected.'

We are aware of this activity and have taken steps to secure the compromised account. We are actively investigating the situation. At this time, we are not aware of additional accounts being impacted: Twitter spokesperson on Twitter account of PM Modi’s personal website hacked

However, this is not the first case of a high profile Twitter account being hacked. Earlier in July, Twitter accounts of many of the world's most prominent celebrities, including Amazon CEO Jeff Bezos, Tesla CEO Elon Musk, Microsoft co-founder Bill Gates, and former US President Barack Obama, were hacked, and a similar pattern of bitcoin scam came to light. On PM Narendra Modi's personal website, Narendra Modi.com, only information related to PM Modi is available. This handle has approximately 2.5 million followers on Twitter. Prime Minister Narendra Modi has been a big supporter of Digital India, but the way the hacker raided his own account, the questions raised on its security have increased.