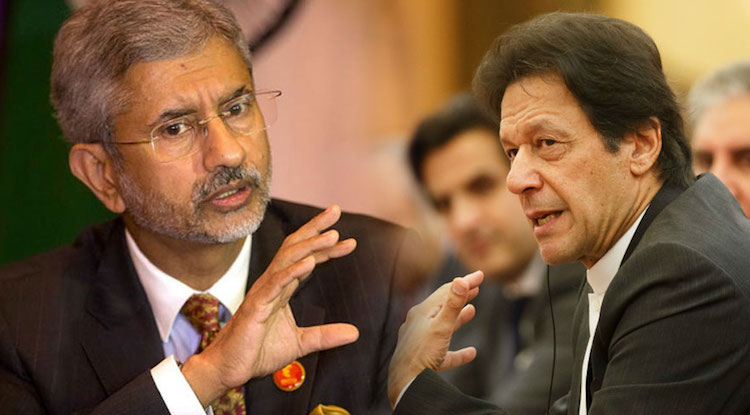 After Nepal, Pakistan has also released a new political map of its own and has staked a claim on the Indian territories. In the new Pakistan map, the Indian part of Jammu and Kashmir, Ladakh and Gujarat’s Junagadh district have been shown as part of Pakistan. However, while releasing the map, Pakistan didn’t specify on what basis it has staked claim to these Indian territories.

The Indian Foreign Ministry has called the new map of Pakistan ridiculous and ‘an exercise in political absurdity.’ Foreign Ministry has said that claims on the Indian state of Gujarat and parts of our union territory of Jammu and Kashmir and Ladakh are steps taken in political stupidity. These claims of Pakistan have neither any legitimacy nor international credibility, but this new attempt of Pakistan shows the passion for territorial expansion through cross-border terrorism.

Pakistan PM Imran Khan again reiterated that the resolution of Kashmir conundrum is possible only with the UN Security Council resolutions and Pakistan will continue political and diplomatic efforts for it.

Pakistan Foreign Minister Shah Mahmood Qureshi has said that “the solution will be found only with the will of the people of Kashmir and the will of Pakistan and the decision of the United Nations Security Council, which India has promised,” he said that a referendum should be held under the supervision of the United Nations and they should decide what the future of Kashmir will be.

On 5 August last year, the Central Government had abolished the special status of Jammu and Kashmir and divided the state of Jammu and Kashmir into two union territories. The decision of the Central Government has completed one year today. On its 1st anniversary, Pakistan has organised several programs to garner support from the people of Kashmir and the new map is also a part of the same link.

The ongoing differences with Pakistan in the border dispute is decades old, but recently Nepal has also released a new map of its country, in which the Indian part of the region, Kalapani, Limpiyadhura and Lipulekh, have been declared their own.

Alibaba’s Tmall vs. Pinduoduo And Amazon: Who Will Win China’s E-Commerce War?