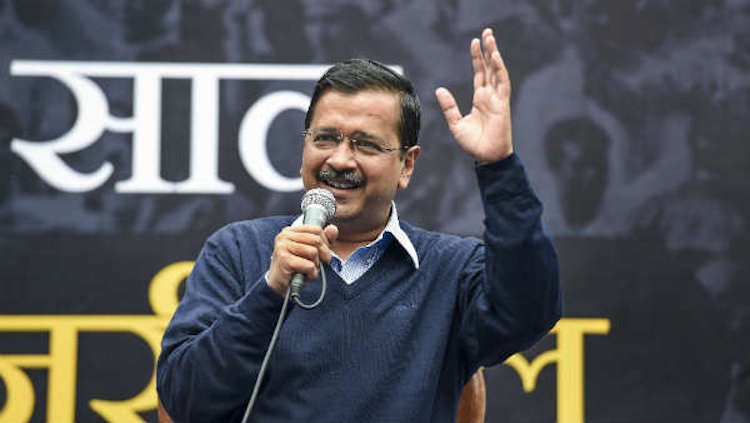 Voting has concluded for the Delhi Assembly elections on Saturday, where 1.47 crore voters of Delhi cast their ballot for 672 candidates on 70 assembly seats. The voter turnout was recorded at 57%. Exit polls predict that Arvind Kejriwal is all set to return to power for the third time, with AAP gaining 50+ seats. While the BJP is expected to get 10-18 seats, the Congress might fail to open its account again.
Also Read:
Employees And Kin Protest Against Air India Divestment

#Delhi recorded a voter turnout of over 57 percent in the Assembly election and the process took place smoothly, according to the #ElectionCommission officials #DelhiElections2020 #DelhiPolls @ECISVEEP

As many as 40,000 police personnel, 190 companies of Central Armed Police Forces and 19,000 home guards were deployed in Delhi for the smooth conduct of the elections. Polling began at 8 am and continued till 6 p.m. For the first time, the Delhi Police also patrolled the Yamuna river on boats to maintain vigil in border areas. Total Voters - 1,47,86,382 Male Voters - 80,55,686 Female Voters - 66,35,635 A total of 2689 polling stations were built in Delhi, out of which 545 were classified as 'critical'. These were monitored from the CO office through 6500 CCTV cameras. After voting, all EVM machines will be under surveillance of CCTV cameras. Flying squads had been deployed and special checking drives were being conducted to check any attempt to influence voters on the election day. Meanwhile, all political parties raised with great gusto the issue of protest movements against the CAA, NRC and NPR in Shaheen Bagh and Jamia during election campaigning. In the last election, the AAP had won 67 out of 70 seats. While the BJP had won three seats, the Congress could not even open its account.