Possible For Census To Be Postponed Beyond September 2022? 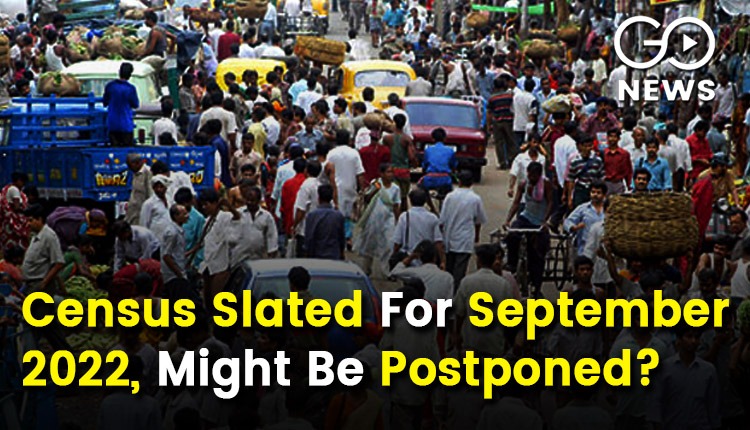 The process to update the National Population Register (NPR) and conduct the first phase of the census has been postponed to September 2021. On Sunday, a Central government official, on behalf of the Registrar-General of India, said that the borders of administrative units such as districts, sub-districts, tehsils, talukas, and police station have been frozen until June 2022. The limits of administrative units in the country are frozen at least three months before the scheduled census, during which time the state cannot establish any administrative borders. The next RGI circular on this matter is due in June when the freezing of borders will be formally announced, and if it is not issued, it could mean a further postponement of the census beyond September 2022.
Also Read:
India Emerges on Top Among Emerging Economies in 2021

Data collection for the first phase of the census, i.e., the house listing and housing census, and updating of National Population Register (NPR) was slated to begin in April 2021 itself but was suspended due to the coronavirus pandemic. Information available on censusindia.gov.in says that the first phase of the census was due to be conducted between April and September 2020, including house listing and housing census, whereas the second phase of counting population was scheduled for February 9th – February 28th 2021. Both these phases were due to conclude in March 5th 2021 but they were indefinitely suspended in view of the pandemic. English daily The Hindu reports that the number of districts in the country went up from 640 in 2011 to 736 at present. Similarly, sub-districts have increased from 5,925 to 6,754, and number of cities with populations above one lakh have gone up from 4,041 to 4,657. The rapid growth of cities shows a trajectory of Indian urbanization: the number of smaller cities included in the census went from 3,892 to 5,050. But the number villages went down from 6,40,934 in 2011 to 6,39,083 at present. In July 2020, the RGI had issued a circular saying that the field work and related work for conducting the first phase of thecensus had been suspended due to the pandemic. It is notable that the planning for the 2021 census had begun in 2017 itself, and information pertaining to the same has been updated for two years, with the last update being a circular from the RGI posted on 17th March, 2020. Delaying the census is likely to affect the implementation and planning of government policies and schemes, particularly those aimed at alleviating socio-economic conditions, since those are based on fata made available by the census.