China under President Xi is consolidating the government’s hold on the economy while India, under Prime Minister Modi, is loosening its grip on the to economy ceasing more power to private and foreign capital. 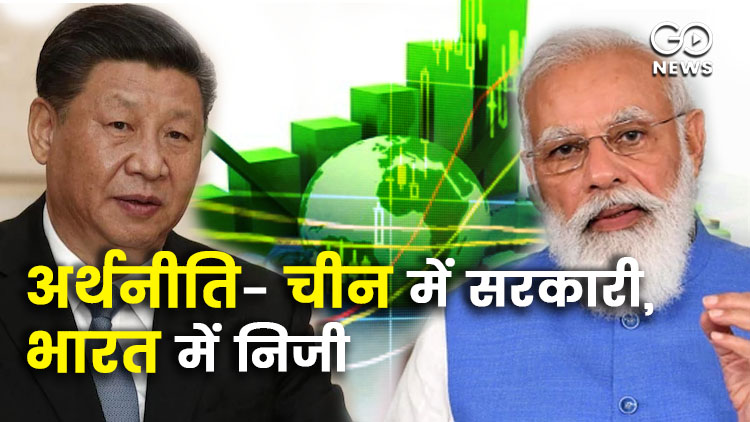 Indian Stock markets are showing a record surge in valuations of companies and their market capitalization. Since the historic lows of June 2020 - when the market tanked on the heels of a 23% shrinkage in the GDP due to a hasty lockdown- the stock market has shown a constant increase month on month. If the market remains in the positive for the month of September, it would be eighth month in a row for a bonanza for the investors- something not seen since the heady days of 2007, according to a Bloomberg data analysis.
Also Read:
‘Double Income’ Promise For Farmers Falls Flat, Debt Burden Continues

Market watchers predict that the boost to this positivity is due to global liquidity of easy money as the West had announced close to $11 Trillion stimulus to contain the negative impact of Covid19 pandemic and lockdowns. It is expected that for the rest of 2021, Indian markets will show an exceptional resurgence as many IPOs are lined up and the government has also announced dilution of public sector firms to shore up its revenues. Foreign Institutional Investors are banking on the Indian stocks for better returns as China- the only other high return option- is containing online private sector firms by new regulations.  As a result, market capitalization of India’s listed companies has soared more than 70% since June 2020. (Chart1) It is the first time since 2018 that the Indian stock market is experiencing a better return for investors compared to the average of global market indices as calculated by Morgan Stanly Capital Investment. On the other hand, market capitalization of Chinese listed firms showed only a 40% increase since June 2020. Infact, it lost market cap from January to March this year when it unleashed new regulations harming the market caps of giants like Tencent and Alibaba. 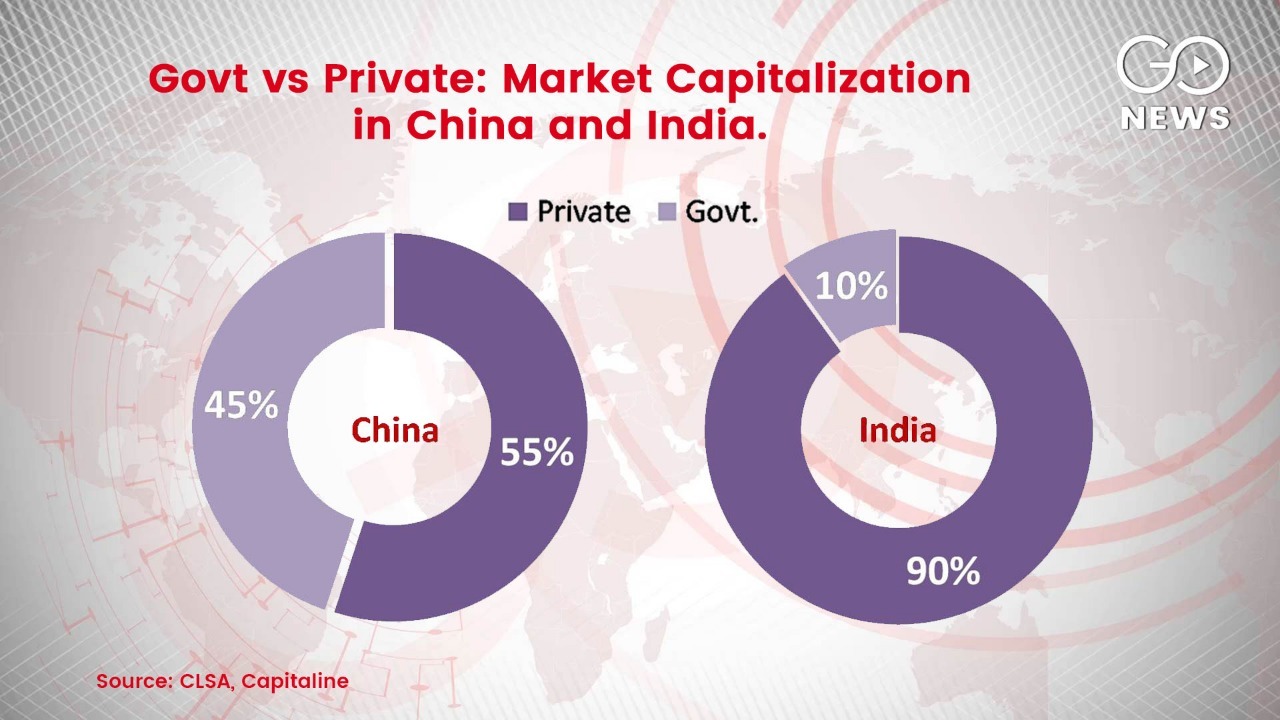 But here lay the difference in approach of the two largest economies of Asia. India has announced that it will dilute $82b from its public sector companies over the next 5 years in a “monetization” bid to stabilize the economy. Already the share of government-controlled firms in India’s market cap is only 10% and with the further dilution of equity it may decrease to a little over 5%. On the other hand, China’s share of state-owned companies in the country’s market cap is well over 45% today and with the private sector shrinking, it may well be possible that Beijing will control more than half of the country’s market cap. (Chart 2)

China under President Xi is consolidating the government’s hold on the economy while India, under Prime Minister Modi, is loosening its grip on the to economy ceasing more power to private and foreign capital.