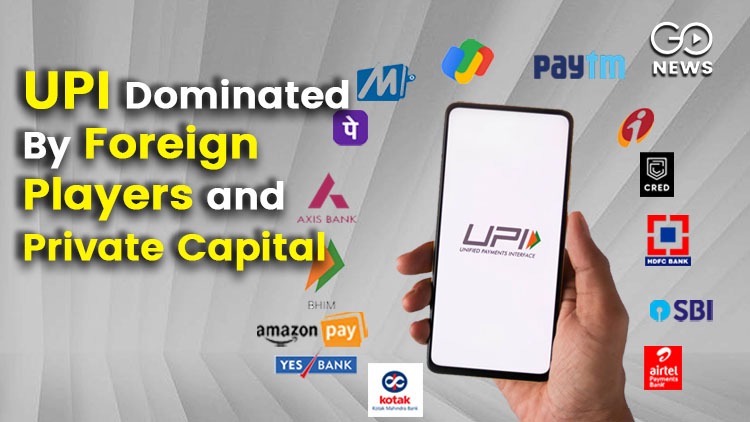 One of the hallmark features of the Modi government has been its rapid drive to privatize national infrastructure in the name of “monetization” and “efficiency”. It aggressively towards ‘Digital India’ simultaneously with the debilitating Demonetization in 2016 after which India’s growth dropped from 8.26% to 6.20% and has been tanking ever since. The demonetization move disproportionally affected the poor, marginal, and small businesses and in its wake, the government pushed through the idea of “Cashless” India which meant the wholescale adoption of digital payment apps. PM Modi himself appeared in a front-page advert for Paytm rather than the government’s own BHIM UPI app.
Also Read:
China Has Administered 2 Billion COVID Vaccine Shots

The National Payments Corporation of India (NPCI) that owns and develops the UPI system states that the total value of transactions has gone up in 5 years from ₹38 lakh in July 2016 to ₹6,06,281.14 cr. (₹6.06 lakh crore) in July 2021. It is a fast expanding space with many players aiming to cash in on the growing trend of digital payments. 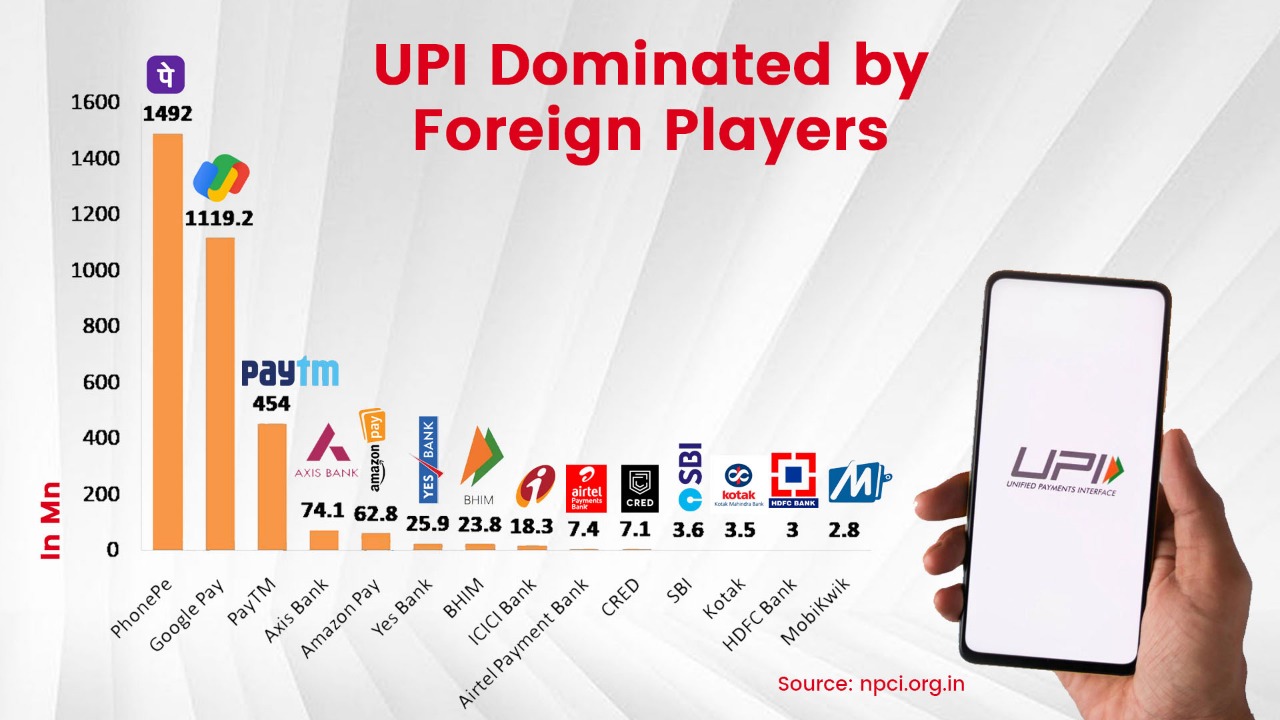 However, it seems that UPI too, has been taken over by private and foreign players. As seen in the graph, PhonePe tops the transactions volume at 1,492 million transactions, followed by Google Pay (1119.2 million) and Paytm (454 million). PhonePe  recently raised $700 million in funding led by the American corporation Walmart. Walmart has an 82.3% stake in PhonePe’s parent company Flipkart. Paytm has also gained much visibility in recent years, and stands third in India’s biggest UPI apps. China’s Ant Group, SoftBank Vision Fund, Hong Kong-based SAIF Partners together hold 67.9% of the company. China’s SoftBank was its biggest single investor in 2017 in a high profile funding round.   The government’s own BHIM UPI app lags at 7th place with 23.8 million transactions. IN January this year, the NPCI in collaboration with People Research on India’s Consumer Economy (PRICE). It found a widespread acceptance of digital payments in the top 20% richest households as well as the bottom 40% as well. The same holds true of smartphone use for managing finances in households: “smart phone ownership is no longer a bottleneck for the adoption of digital payments with 68% of the respondents (those in charge of looking after banking and payment work for the household, typically the Chief Wage earner) owning smartphones.” This shows that while the formal banking and financial system is percolating downwards and becoming universal, the public at large is basically being treated as a consumer base for private interests. The largest beneficiary bank (receiving bank) of UPI is Paytm Payments Bank Ltd. With 469.84 million transactions in March 2021, and is fifth as a remitter (173.09 million). State Bank of India is the second-largest beneficiary bank, 413.33 million transactions, and the largest as a remitting bank with 775.55 million transactions. However, the other top beneficiaries and remitters are all private banks. ₹1500 crore were earmarked for the growth of India’s ‘digital payments industry’, in the Budget 2020-21 and was seen as the Finance Ministry’s “compensation” to the industry for losses incurred due to the waiver of Merchant Discount Rates (MDR) on UPI and RuPay transactions. If the logic is that digital payments will “formalize” the economy and make transactions seamless, it does not follow why only the private sector and foreign capital can achieve it and not the government itself.