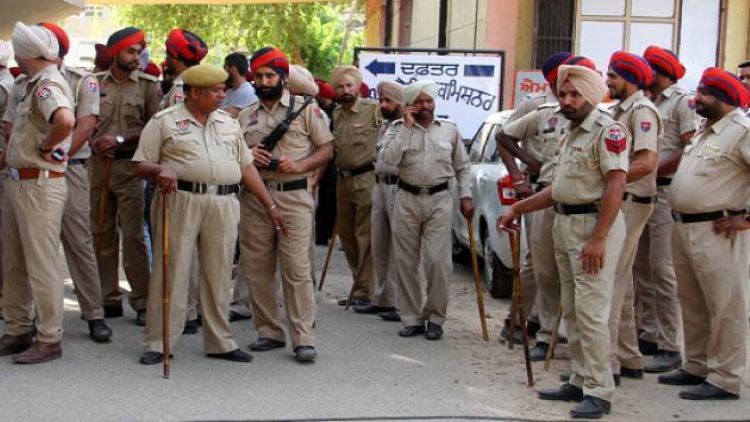 A policeman’s hand was chopped off and six other personnel were injured when a group of ‘Nihang Sikhs' attacked the police party after being denied entry to the Patiala Sabzi Mandi in Punjab on Sunday. The police said they had asked the men to show their curfew passes amid lockdown restrictions imposed to stem the spread of the coronavirus pandemic.  Punjab has extended the lockdown till May 1. Also Read: Sunday Read - Test Cricket’s Most Famous Duck

“A group of 4-5 'Nihangs' (Sikhs armed with traditional weapons and dressed in loose blue top) were in a vehicle when they were asked to stop at a vegetable market at around 6.15 am by the Mandi board officials. They were asked to show their curfew passes but instead they crashed with the police vehicles and chopped off an Assistant Sub-Inspector's hand with a sword,” the police said. “ASI Harjeet Singh whose hand got cut-off has reached PGI Chandigarh,” Dinkar Gupta, DGP Punjab Police wrote in a tweet.

I have spoken to Director PGI who has deputed top Plastic surgeons of PGI for surgery, which just started. The Nihang group will be arrested and further action taken soon.