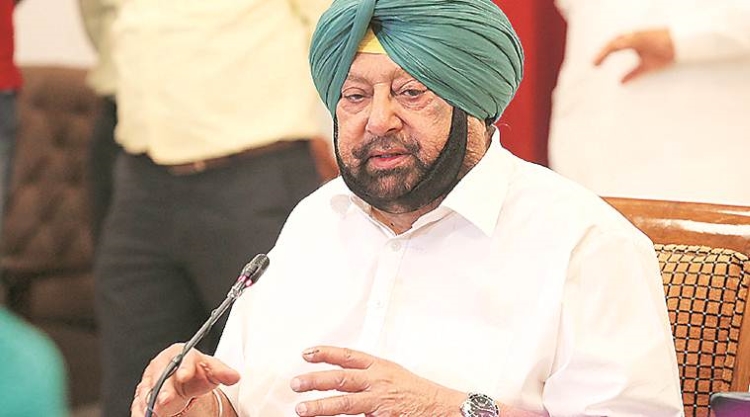 So far, 110 people have died due by drinking spurious liquor in Punjab. In the wake of such a huge tragedy in the state, two Rajya Sabha Congress MPs, Pratap Singh Bajwa and Shamsher Singh Dullo, have opened a front against their own government.

The two MPs met Punjab Governor VP Singh Badnaur and submitted a memorandum claiming that if Chief Minister Captain Amarinder Singh had taken timely action on complaints of the illegal liquor business, the incident could have been prevented. Dullon even said that this is not possible without the connivance of the police. Both MPs have appealed to the CBI and ED to conduct an inquiry into the entire matter.

This attitude from Congress MPs has started to spoil the party in the state. Punjab Congress President Sunil Jakhar wrote a letter to Congress interim president Sonia Gandhi, saying that such behavior should not be tolerated and appropriate action should be taken against both the Rajya Sabha MPs.

I have written to Congress interim president Sonia Gandhi that such incident should not be repeated & suitable action should be taken against them (Rajya Sabha MPs Pratap Singh Bajwa & Shamsher Singh Dullo). Such behaviour shouldn't be tolerated: Punjab Cong chief Sunil Jakhar https://t.co/FcOTjauxxE pic.twitter.com/0lGrwipVk1

Sunil Jakhar said that Shamsher Singh Dullo and Pratap Singh Bajwa are piercing the same plate in which they are eating and have crossed the Laxman Rekha by asking the CBI and ED to investigate.

I believe Congress party can not afford to have such members who are trying to bite the hand which is feeding them. They have crossed 'Laxman Rekha' (line of self restraint) by going to governor & seeking CBI & ED probe against their own govt: Punjab Congress chief Sunil Jakhar pic.twitter.com/VJ6OfSkYWE

Meanwhile, Punjab CM Captain Amarinder Singh issued a statement in a video tweet saying that — deaths due to illicit liquor are extremely sad and unfortunate. Punjab Police and Excise Department is looking for the people responsible for this. As a CM, I assure that no one will be spared, whether it is from a governmental department or political party or any major personality. He will not be spared and the guilty will be punished.

Deaths caused by illicit alcohol are extremely sad & unfortunate. Punjab Police & Excise Depts have been tasked to nab all those responsible, irrespective of their affiliations & position. Assure you as CM that no one will be spared and guilty will be punished to ensure justice. pic.twitter.com/KT7yey3WFL

This is the biggest case of poisonous alcohol deaths in Punjab. Every day the number of deaths is increasing and so far 110 people have died. The maximum of 83 deaths have been reported in Tarn Taran district, while 14 have been killed in Batala in Gurdaspur and 13 in Amritsar.