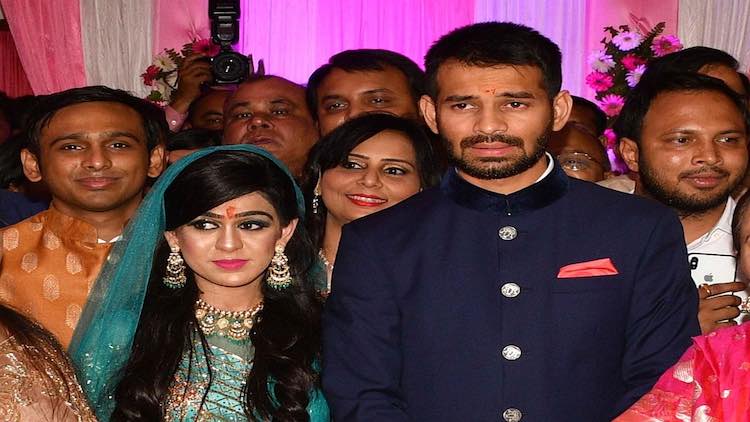 The quarrel between RJD leader and RJD chief Lalu Prasad Yadav's elder son Tej Pratap Yadav and his wife Aishwarya Rai has reached the streets. On Sunday, Aishwarya accused her mother-in-law Rabri Devi and sister-in-law Misa Bharti of domestic violence and sat down on protest outside her in-laws’ house. She said that she was being denied food and water at her in-laws’ home. In her support, Aishwarya’s father Chandrika Rai gathered outside Lalu Yadav’s house along with his supporters. While Aishwarya sought help from the Women’s Police Helpline, her father went for a meeting with DGP Gupteshwar Pandey. However, in a drama that went on till late night, a compromise was reached between Aishwarya and her mother-in-law, and the police did not initiate any action.  Also Read: Veteran Actor Viju Khote Dies At 77

Aishwarya and Tej Pratap Yadav got married in May 2018 in the presence of RJD chief Lalu Prasad Yadav, with much fanfare. However, relations between the two soured soon after. Both sides have also filed a divorce petition in the court. See the full story here: