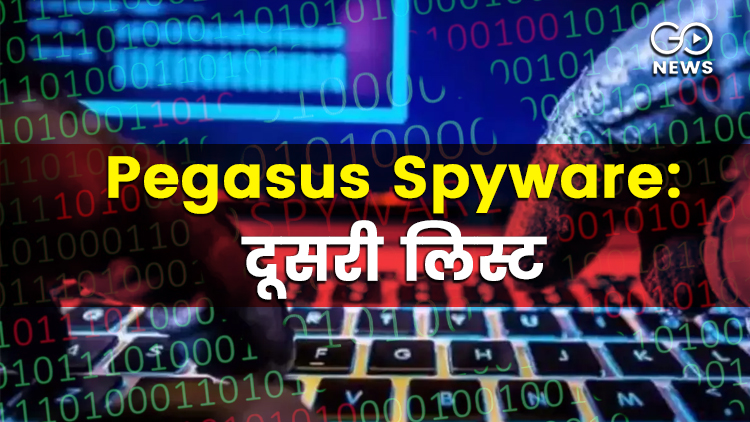 As per the second part of the Pegasus Project, mobile phones of politicians, including cabinet ministers and opposition leaders, and bureaucrats were allegedly spied upon. A media report revealed that the second list of global investigation includes name of Congress leader Rahul Gandhi, poll strategist Prashant Kishor, TMC leader Abhishek Banerjee, former Election Commissioner Ashok Lavasa, and Union Ministers, Ashwini Vaishnaw and Prahlad Patel. As per a report in The Wire, these people are part of a list that includes more than 1,000 people who were being spied upon using the Pegasus software. Out of the 1,000 people, 300 of them have been verified.
Also Read:
Members Of U.S Congress Express Their Fear About Religious Repression In India

The report said that the list had two phone numbers of Rahul Gandhi along with the numbers of his close aides and friends but since Rahul Gandhi had stopped using those numbers, it couldn’t be established if Pegasus was deployed again to spy on him. But many attempts were made to do the same. The report also says that Lavasa’s number was also found on the list while current Union Minister for Railways and IT was also targeted in 2017. The list also includes another number which is suspected to be his wife’s. Prahlad Patel, along with his wife was also targeted. Around 15 numbers that belonged to Prahlad Patel and his wife were being targeted using Pegasus. Prashant Kishor, who was the key poll strategist of Mamata Banerjee’s TMC, which had won the elections in West Bengal was also one of the people who was spied upon. The report states that he was targeted during the state elections. Mamata Banerjee’s nephew, Abhishek Banerjee was also considered to be a potential target. His phone was not examined forensically to know whether Pegasus was used in it or not. But after examining Prashant Kishor’s phone, it was revealed that various unsuccessful attempts were made in 2018, just few months prior to the Lok Sabha polls of 2019.

By Alwin Benjamin Soji 46 minutes ago