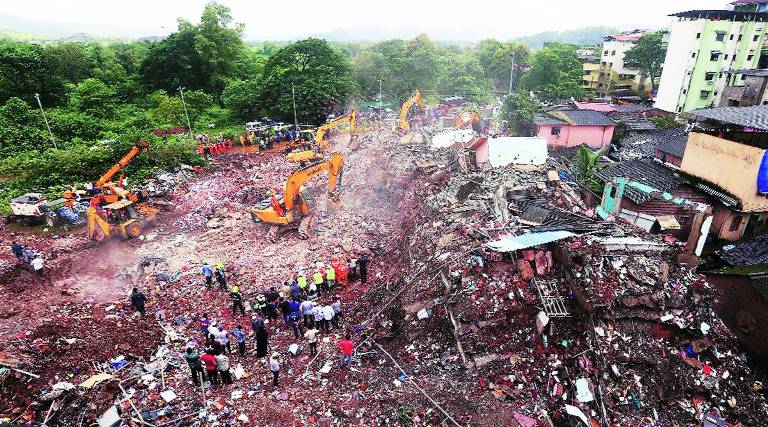 After 19 hours of the rescue operation, a four-year-old child was found clinging to his dead mother under the debris of a collapsed building in Maharashtra’s Raigad district. The child has been identified as Mohammad Bangi and has received minor injuries. Alok Kumar, the commandant of the 5th battalion of NDRF, said that when he found the child, he was sitting on the stomach of his mother, who had already died. It seems that the mother hid her child in her chest to protect him and both of them got stuck near the stairs while the building collapsed.
Also Read:
1.3 Crore Indians On The Verge Of Suicide, Urban Population Most Vulnerable: Health Minist

At least 15 people died after a building collapsed in a residential area of Mahad. These include seven men and eight women. Almost all people have been recovered from the debris, search is on for one missing person. This five-storey building in the city of Mahad, surrounded by industrial factories, had 47 flats which housed around 150 people. Due to heavy rains, the building collapsed on Sunday evening and since then relief and rescue operations are on. The Minister of Relief and Rehabilitation in the Government of Maharashtra, Vijay Vadettivar has announced compensation for the families of the victims. He also said that it will be discussed in the cabinet meeting to help those who have lost their homes. Earlier on August 18, a portion of a vacant building near Rizvi College in Mumbai’s Bandra collapsed, in which a 41-year-old man died. Similarly, one person died and four people were injured in a house collapse in Nagpur in the early hours of Tuesday.