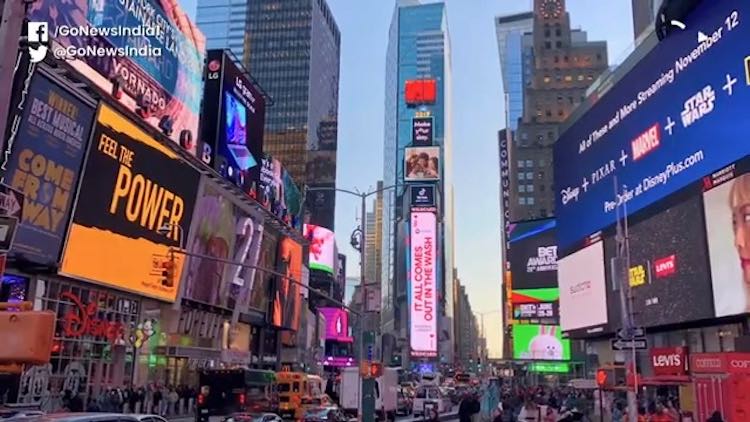 Normalcy is limping back in New York City as the ban imposed has been eased further due to the Coronavirus pandemic. After the new relaxations in NYC, restaurants, bars, saloons, shops, offices, have been opened. Seeing the view of the city, it seems that life is fast returning to the track. New York was the epicentre of Coronavirus in the US, but due to strong healthcare, the infection has been contained significantly. COVID-19 tests of people were being conducted on a large scale in the city.
Also Read:
J&K: Indian Army Soldier Killed In Cross-Border Shelling, Spike In Ceasefire Violations

Before the first phase, the Governor of New York had given permission to reopen construction, manufacturing, non-essential retail and wholesale markets. However, there are still many restrictions in the city which prohibits eating in a sit-down restaurant. The school, museum, theatre, cinema hall, etc. have also been kept closed till now. On June 20, New York Governor Andrew Cuomo said that 67,526 people were tested in New York City, with 664 reporting positive. This means that coronavirus infection in the city has reduced drastically. New York remained the largest centre of Corona until some time ago, where 17,509 deaths were reproted. Governor Andrew Como has said that the fight is not over yet and steps remain to be taken with prudence and security. So far more than 122,000 have been reported in the United States.