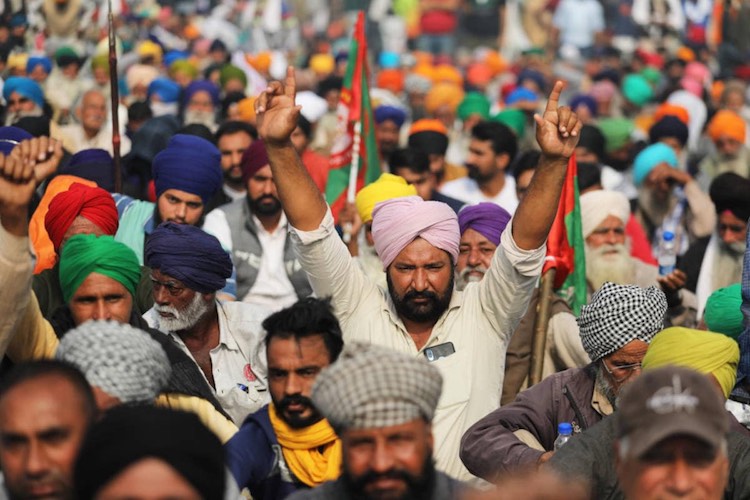 Bharatiya Kisan Sangh, the farmers’ wing of the RSS, has proposed to amend the Centre’s three contentious agricultural laws to make it 'farmer-friendly' and sought to remove the 'apprehensions' that led to the farmers' agitation. Thousands of farmers have converged at Delhi's entry points demanding the scrapping of new agricultural laws and almost the borders of the Capital are sealed.
Also Read:
Signs Of Recovery: RBI Projects GDP Growth For FY21 At -7.5%

Farmers are worried that the farm legislation will end the purchase system at MSP and will render a way of earning to 'industrialists'. BKS General Secretary Badri Narayan Chaudhary said, "Instead of scrapping the new laws as some organisations have been demanding, we propose four amendments in these legislations.” The amendments are that there should be no purchasing below the MSP in the wholesale markets or outside, registration of all traders on a government portal that can be accessed by all, payment to the farmers in a stipulated time through bank guarantee and setting up of the agriculture tribunals for resolution of farmers'' disputes in their hometown itself. The BKS welcomed the new laws that it said was a "long-pending demand". Chaudhary said the outfit had been pushing for ''one nation-one market'' since long. The BKS leader said the wholesale markets were introduced with the welfare of farmers in mind and it helped them a lot. "But gradually, it became a means of exploitation of farmers," he said, adding that many organisations had been demanding rectification in the system for a long time.