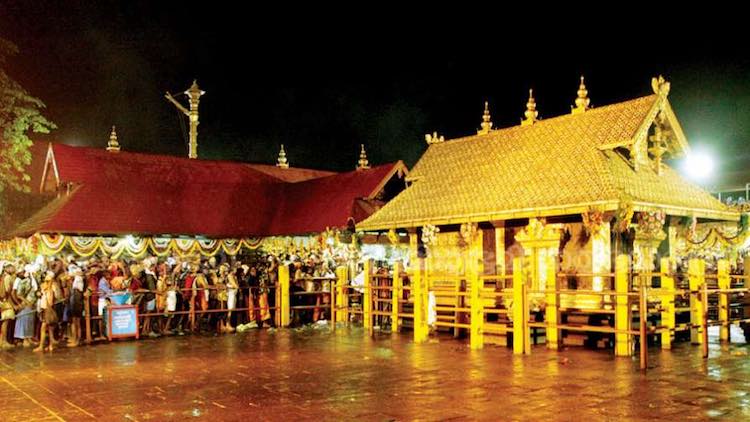 Amid row over women of all ages visiting the shrine, the gates of the Lord Ayyappa temple at Sabarimala were thrown open to devotees at 5 pm on Saturday for the 41-day annual pilgrimage season. However, the Kerala government had refused to provide special security to women devotees going to Sabarimala temple. The government on Friday had said that women devotees are free to go to the temple after showing the Supreme Court order but they will not be given police protection. Also Read: UP Takes Lead As Social, Digital Media Watchdog

Earlier in the day, 10 women from Andhra Pradesh were sent back from the hill shrine in Kerala. Preparations for the two-month-long Mandala-Makaravilakku festival at the Sabarimala temple have been completed. The Kerala government has made arrangements for a medical camp, toilets, washrooms and other facilities for pilgrims here. Security is also being slowly increased here. However, the biggest challenge here is whether women devotees will be allowed entry into the temple, amid the apprehension that women will be stopped from the darshan at the temple by the male devotees. The path for women’s entry into the Sabarimala temple has been cleared after last year’s order by the Supreme Court. But more than 50 review petitions were filed in the Supreme Court against this order and this case has now been sent to a seven-judge bench for hearing.  However, the Supreme Court order does not get dismissed on being sent to a new bench. Women devotees are legally-entitled to visit the temple till the decision of the new bench is announced.There is an apprehension that like last year, this time too, the Mandala-Makaravilakku could be a stressful event, with male and female devotees clashing with each other during this festival. Watch the full report here:

#SabarimalaTemple was opened today for #pilgrims celebrating the #Makaravilakku festival, which lasts for 2 months. Various arrangements were made for the devotees and a large number of police forces were deployed.@iankushchoubey pic.twitter.com/dLX33lxy8P