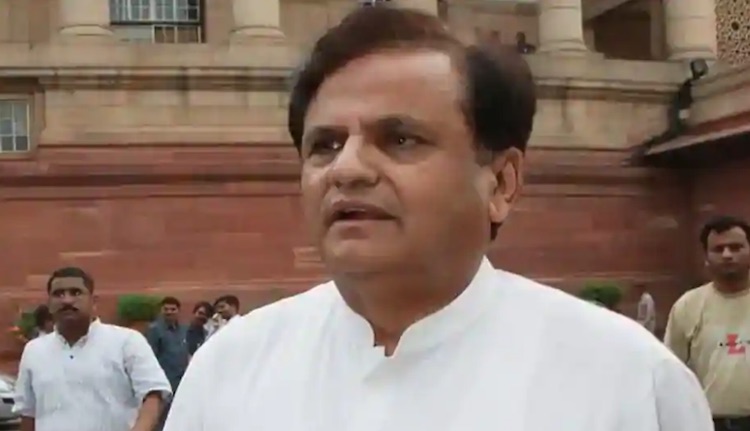 More trouble and pressure for senior Congress leader Ahmed Patel, who is a close aide of party chief Sonia Gandhi. On Saturday a team of Enforcement Directorate (ED) reached his residence here to record his statement in connection with the alleged multi-crore bank fraud Sterling Biotech by the Gujarat-based Sterling Biotech. According to ED sources, a team of senior financial probe agency officials reached his residence on Saturday morning to record his statement under the Prevention of the Money Laundering Act (PMLA), 2002.
Also Read:
WHO, Global Partners Require $31 Billion to Speed Up COVID-19 Medicines For All

The agency has summoned Patel earlier for questioning in connection with the case but he did not appear before citing the novel coronavirus (Covid-19) pandemic outbreak. So ED official said, "our team has reached his residence to record his statement." Last year, the ED has questioned Patel's son Faisal Patel about his relations with the Sandesara brothers (Chetan Jayantilal Sandesara and Nitin Jayantilal Sandesara), owners and promoters of the Vadodara-based pharmaceutical firm. The ED had also confronted Faisal with the statement of Sunil Yadav, an employee of the Sandesara group, in which he had alleged that the son of the Congress leader took his friends to a farmhouse to party and all the expenses were borne by Chetan. The ED suspected that Faisal and his brother-in-law Irfan Siddiqui were close to the Sandesara brothers. On July 30 last year, the ED had questioned Patel's son-in-law and advocate Irfan Siddiqui in connection with the probe. The ED registered a money laundering case against the Sandesara brothers and others in August 2017 after a case of alleged bank fraud of Rs 5,500 crore was filed against them by the Central Bureau of Investigation (CBI). The ED probe revealed that the Sandesara brothers and others hatched a criminal conspiracy to cheat banks by manipulating figures in the balance sheets of their flagship companies and induce banks to sanction higher loans.