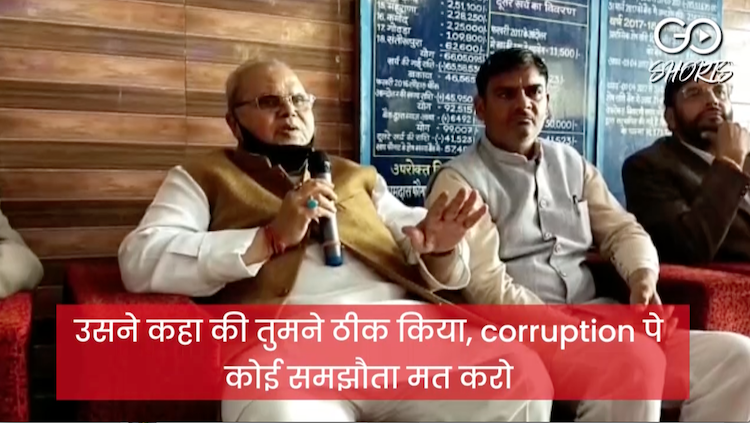 After making public his chats with the Prime Minister Modi and Home Minister Shah, more parts of Meghalaya Governor’s speech to the farmers have come to light where he is relating his experience in catching corruption in Jammu and Kashmir where he served as the Governor from August 2018 to November 2019. He says that two cases were put before him where bribes of Rs 150 crores were being sought. He said that his secretary knew the details of the case and named the people seeking bribes and that he too could have benefitted from the corrupt deals. He cancelled the deals and later brought the matter to the attention of the Prime Minister and told him that the deals were being done in his name. “Ye aapkey aadami hain, aapka naam letey hain” he reportedly told the PM. He added that the PM told him “not to compromise on the issue of corruption”. In the video of his speech he has not elaborated what happened to the corrupt deals afterwards or any action was taken.
Also Read:
Indian Stock Markets in 2022: Reading NIFTY History

Mr Malik had stirred a political storm by claiming that the PM was “arrogant” when he discussed the issue of farmers’ agitation and said that the striking farmers did not die for him and asked “Mere liye mare hain”?. In the same video he related details of his consequent meeting with Home Minister Shah.  Mr Malik who hails from Meerut in Uttar Pradesh was a leader of Janata Dal and was considered close to the former Prime Minister VP Singh during the 80s. He was elected as an MLA and MP from the state and also represented the state in the Upper House of the Parliament.
In 2012 he joined the Bharatiya Janata Party and was appointed its Vice President. In 2017 he was sent as the Governor of Bihar after which he has served as the Governor of Goa, Jammu and Kashmir and now Meghalaya