SC Allows Jagannath Rath Yatra Only In Puri, With Restrictions 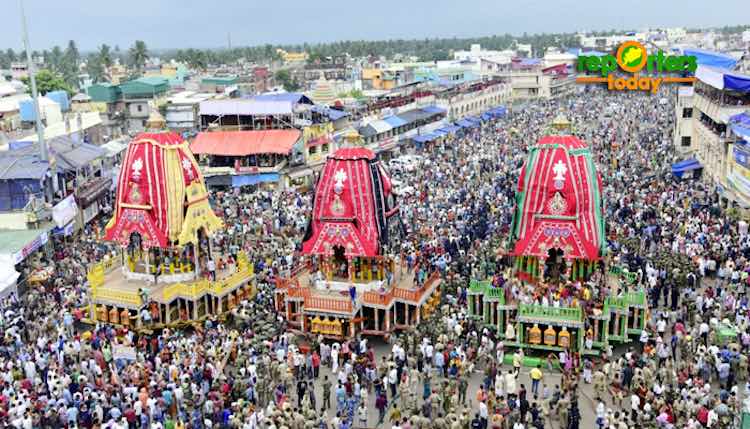 The Supreme Court has expressed willingness to allow Rath Yatra only at Puri and nowhere else in Odisha. The SC says it will leave it to Jagannath Temple Management Trust & Odisha government to conduct Rath Yatra in a very restricted manner.
Also Read:
Delhi Worst-Hit By COVID-19 After Maharashtra

No congregation of devotees to be allowed, the top court warned. Odisha Government says it will coordinate with the Centre to hold Rath Yatra. Earlier, the SC had stayed the annual Rath Yatra at Jagannath Temple in Odisha’s Puri due to the Coronavirus pandemic, saying ‘Lord Jagannath will not forgive us if we allow this’. An organization named the Odisha Development Council had filed a petition in the SC that 10 lakh devotees may converge for the yatra. The Puri Rath Yatra is scheduled to take place on June 23 and preparations were almost complete.