SC Issues Notice To Centre Over Challenge To Farm Legislation, Asks For Reply Within 6 Weeks 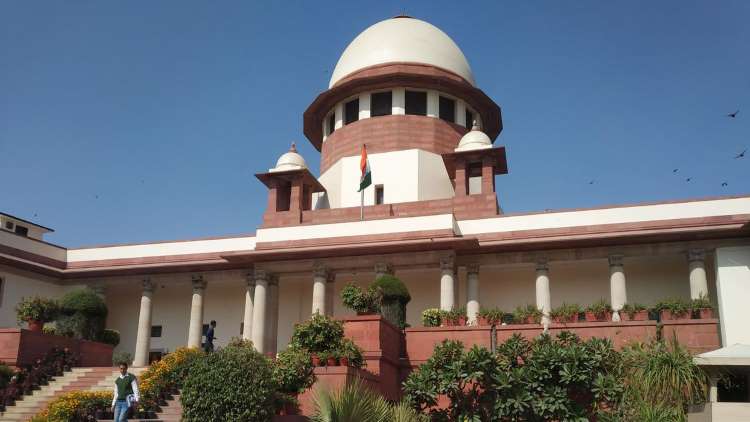 The Supreme Court on Monday issued a notice to the Centre over three petitions challenging the recently passed farm legislation. Advocate ML Sharma of Chattisgarh Kisan Congress and Dravida Munnetra Kazhagam (DMK) MP Triuchi Siva had filed petitions against farm legislation, contending that the recently passed legislations are ‘unconstitutional’ as they infringe on the rights of States. The petitioners in their petitions claimed that ‘Agriculture and Agriculture trade practices’ are under the exclusive domain of states under the Seventh Schedule of India’s Constitution. Recently, the Parliament had passed three legislations proposed by the Centre including the “Income Assurance”, Farmers Produce Trade and Commerce (Promotion and Facilitation) Act, 2020, the Farmers (Empowerment and Protection) Agreement on Price Assurance and Farm Services Act, 2020 and the Essential Commodities (Amendment) Act, 2020. The passage of the legislation has sparked off protests from numerous farmers unions across the country as well as the opposition parties which described the legislation as “unconstitutional” and “corporatisation of agriculture”.
Also Read:
'Dictatorial, Inexperienced': Tripura BJP MLAs In Delhi Seeking Removal Of CM Biplab

While the bench had initially taken up the petition of Advocate ML Sharma and observed that there was no cause of action on the petition as the ‘mere passing of a legislation’ cannot be grounds of a challenge. The bench led by Chief Justice Bobde informed ML Sharma, who was appearing in person to either withdraw his petition, that the Court did not want to reject the petition and asked the advocate to come back with a cause of action for mounting his legal challenge. At this point, K Parameshwar, the counsel for the Chattisgarh Kisan Congress, intervened and informed the court that the challenge to the three farm laws was for violating the federal structure of the constitution with the Parliament making laws which were under the exclusive domain of the states. The petitioners argued that the legislation also effectively dismantle the Kisan Mandi or the Agricultural Produce & Livestock Market Committee (APMC) as the farmers will now able to sell outside the mandis and this will result in farmers not getting the Minimum Support Price (MSP) for their crops and will be totally at the mercy of large corporates and middlemen without any control or oversight by the regulated APMC. The Supreme Court is expected to take up the case after six weeks within which it has asked the Centre to submit its reply to the petitions.