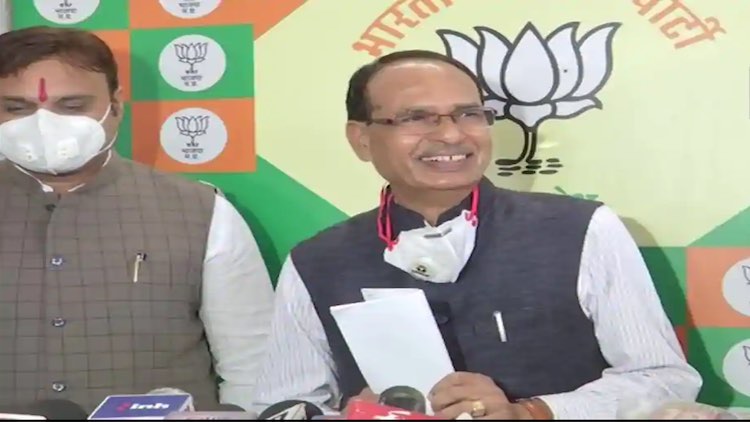 Madhya Pradesh CM Shivraj Singh Chouhan's newly expanded cabinet has come under controversy, after the Supreme Court on Wednesday issued notices to CM Shivraj Singh Chouhan and Chief Secretary, seeking their response on the plea of former Assembly Speaker NP Prajapati challenging the cabinet size. In his petition, former Speaker NP Prajapati argued that the appointment of 28 ministers in Madhya Pradesh cabinet was in clear violation of Article 164 (1A) of the Constitution.
Also Read:
Deforestation Has Slowed Down But Still Remains A Concern: UN Report

“However, in the present case, with only 206 members at present being the members of the Madhya Pradesh Legislative Assembly, the respondents (Governor, Shivraj Singh Chouhan and MP Government) could not have appointed more than 30.9/31 members as the council of ministers,” Prajapati said in his plea. A bench of Chief Justice SA Bobde, Justice AS Bopanna and Justice V Ramasubramaniam sought response from CM Shivraj Singh Chouhan and his government. Senior advocates Kapil Sibal and Vivek Tankha appeared in the SC on behalf of NP Prajapati. After the notice was issued, Vivek Tankha took a dig at the MP Home Minister Narottam Mishra, saying it happened exactly what you wanted. A petition was also filed in the Supreme Court and today the court issued a notice to the MP government and asked for their response.

MP Congress tweeted, “BJP is a curse for democracy”.

Earlier, when the cabinet formation took place, the Congress had questioned the number of ministers inducted and said that they would challenge the matter in the SC. Recently, the cabinet was expanded after running the government with a cabinet of 5 ministers for more than 100 days. During this time a total of 28 ministers were given a place in the cabinet, 11 of these are loyalists of Jyotiraditya Scindia. After the swearing-in, a total of 34 ministers are in the Shivraj cabinet. Following the resignation of 24 Congress MLAs and the death of two BJP MLAs, 26 assembly seats are now vacant in the state, for which a by-election will be held soon.