Seema Dhaka: First Delhi Cop To Get ‘Out Of Turn’ Promotion For Tracing 76 Missing Kids 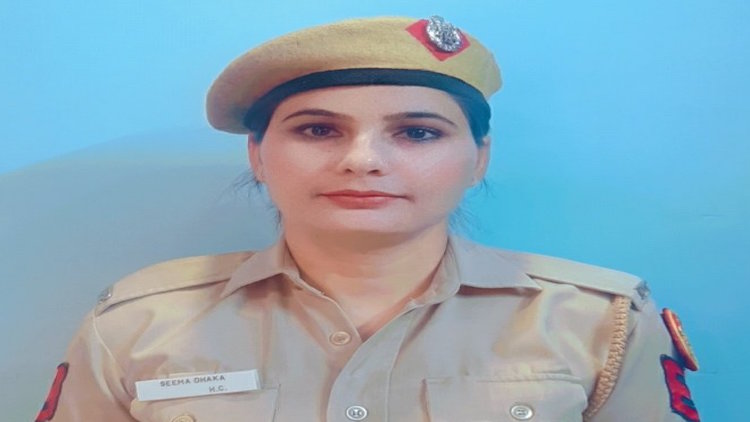 The Delhi Police’s incentive scheme to reward ‘out-of-turn promotion’ to its staff for tracing missing children has borne fruit. Seema Dhaka, a head constable at northwest Delhi’s Samaypur Badli Police Station, on Wednesday became the first Delhi cop to be promoted before time for rescuing 76 missing children in under three months. Ms Dhaka joined the force in 2006 and has been promoted to assistant sub-inspector (ASI).
Also Read:
Delhi: Record 131 COVID-19 Deaths In 24 Hours; 3 Found Positive During Random Testing On D

The promotion came under the Asadharan Karya Puraskar incentive, which mandated 50 in 12 months, Ms Dhaka traced as many as 76 children, 56 of them aged below 14 years.

She is the first woman officer to be given Promotion out-of-turn under the new incentive scheme announced by the CP, Delhi for the recovery of missing children. By her efforts, she has been able to bring joy and happiness to the affected families. Delhi Police is proud of her.

"These missing children have been traced not only from Delhi but from other states as far as Punjab and West Bengal," the official statement said, underlining Seema Dhaka's "sincere and painstaking efforts". She travelled to Punjab, UP, Gurgaon, West Bengal and Noida in search of children missing since 2013. The Delhi Police have traced 1,440 children out of 1,222 reported missing. The police data shows more missing children have been traced this year as compared to the previous year. In 2019, 5,412 children were reported missing, of which 3,336 were traced (61.64%).  This year up to October 31, 3,507 kids went missing and 2,629 of them (74.96%) were traced. Many put out congratulatory messages lauding her fighting spirit on social media.

Women HC Seema Dhaka, PS Samaypur Badli, deserves congratulations for being the first police person to be promoted out of turn for recovering 56 children in 3 months under incentive scheme. Hats off to fighting spirit and joy brought to families. @LtGovDelhi @HMOIndia @PMOIndia

She is Seema Dhaka. A constable in Delhi police. She just became first Delhi Police Officer to get out of turn promotion for tracing 76 missing kids. Most of her cases involved children who had been separated from their families and disappeared years ago. Salute madam pic.twitter.com/tqgXD4VLap