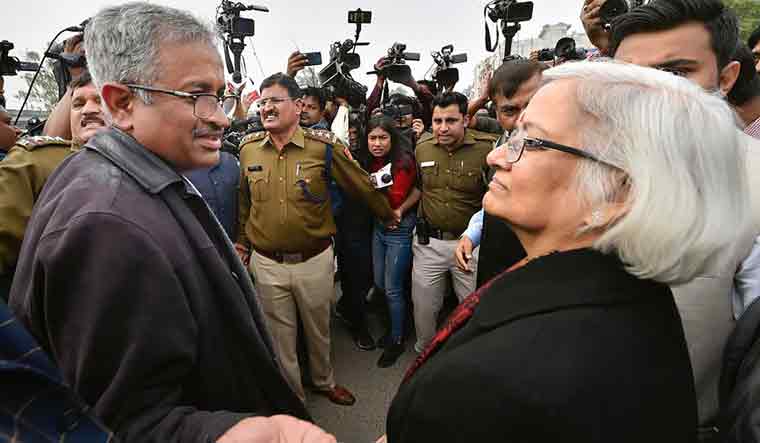 Protests and strikes against the Citizenship Amendment Act (CAA), National Register of Citizens (NRC) and National Population Register (NPR) have been underway in the country for the past two-and-a-half months. Protests and demonstrations continue in Delhi’s Shaheen Bagh as well and Wednesday is the 81st day of protests there. Sanjay Hegde and Sadhana Ramachandran, interlocutors appointed by the Supreme Court, met protesters in Shaheen Bagh on Tuesday night.
Also Read:
Coronavirus: Government Restricts Medicine Exports, Global Shortage Feared. See The List

Sadhana Ramachandran told protesters, “The Supreme Court has granted its consent to your right to protest but it is not right to block thoroughfares indefinitely and therefore, you must now decide on your own how and where this protest will continue.” Meanwhile, Sanjay Hegde said to the protesters, “We will have to find a solution to this matter within the purview of the Constitution and all matters are not solved by altercations.” Earlier, during a hearing on February 25, the Supreme Court had said that the atmosphere in Delhi is not conducive currently and had deferred the hearing in the case till March 23. Protests and strikes against the CAA, NRC and NPR, on the lines of Delhi’s Shaheen Bagh, are going on in other cities of the country too, including in the Badwali area of Madhya Pradesh’s Indore, where Bollywood actor Sushant Singh participated on Tuesday in a protest which has been underway for the past 50 days.