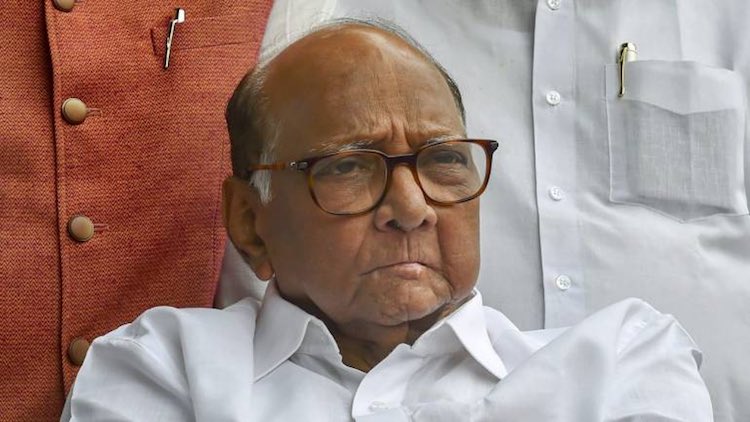 After an FIR was filed in a case of money laundering in the Maharashtra Cooperative Bank scam, NCP Chief Sharad Pawar will appear before the Enforcement Directorate (ED) at 2 pm on Friday in Mumbai. Before the hearing, Sharad Pawar appealed to NCP workers not to assemble outside the ED Office. On Thursday, Pawar said in a tweet that on Friday at 2 pm, he will go to the ED Office located at Ballard Estate in Mumbai.

I appeal to all my NCP cadre and supporters not to gather near the ED office premises. Keeping our tradition to honour the constitution and respect for institutions, I request your co-operation to the police and other government agencies.

Also Read:
Trump Whistleblower Is CIA Agent Who Once Worked At White House

The ED has not called Sharad Pawar for questioning; he himself is going to the ED Office. Meanwhile, due to apprehension of protests, Mumbai Police has imposed Section 144 around the ED Office. Previously, on Tuesday, the ED took major action in the Maharashtra Cooperative Bank scam case. It named Pawar and his nephew Ajit Pawar, along with 70 other people, as accused, and registered a case of money laundering against them. Following the cropping up of Sharad Pawar’s name in the bank scam, on Wednesday, the NCP, in protest, organised a bandh in Pawar’s stronghold of Baramati. Also, NCP youth wing workers created a ruckus outside the ED office. See the full story here:

#NCP chief #SharadPawar to appear before #EnforcementDirectorate (#ED) today in #Mumbai in an alleged #MoneyLaundering case. #Section144 has been imposed, and Pawar has urged his followers not to gather outside the ED's office. pic.twitter.com/HBgRBcah4L