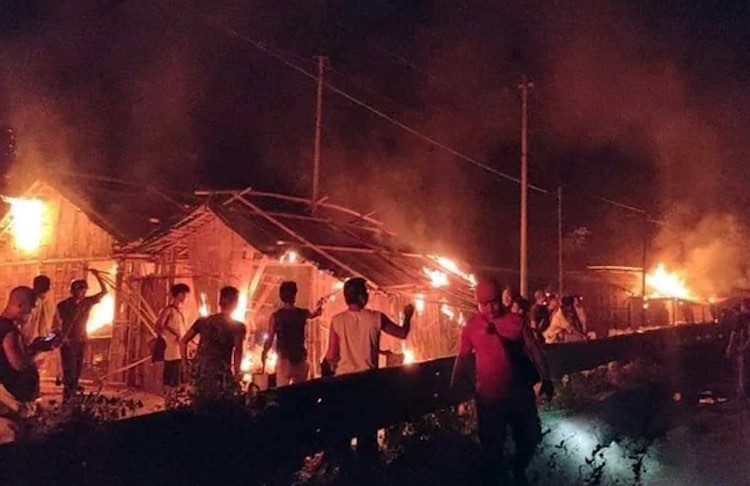 Tension flares up after several people were injured in violent clashes between Assam and Mizoram at the border on Saturday. After the situation worsened, Assam Chief Minister Sarbananda Sonowal spoke to Mizoram Chief Minister Zoramthanga over the phone regarding the violent clash on the inter-state border and also apprised the Prime Minister's Office and Union Home Ministry about the prevailing situation. Currently, Union Home Secretary Ajay Kumar Bhalla is holding talks with the chief ministers of both states through video conferencing.
Also Read:
Legality Of Dying Declarations

The incident occurred on the border of Kolasib district of Mizoram and Cachar district of Assam, when a scuffle broke out over COVID-19 testing centre among people living on the border on Saturday late evening. Following which some people from Assam allegedly started stone-pelting on a group of people near the auto-rickshaw stand on the outskirts of the border village. In response to which, some youths from Mizoram came to Lailpur and attacked truck drivers and villagers and over 15 small shops and houses were burnt and thereafter, intense violence erupted in the area. It is being told that there are many people, in which four are critical. Meanwhile, the Mizoram government held a cabinet meeting to discuss the violence and blamed the Assam government for “unilateral and provocative acts”. Mizoram CM Zoramthanga said that there can be differences between the two states, but he is confident that this can be resolved through dialogue. Zoramthanga assured Sonowal of cooperation to maintain peace on the inter-state border. The Mizoram government has also approached the Centre to ease tension. Meanwhile, the Assam government has dismissed the allegations made by the Mizoram government and said that the situation is currently under control and police along with senior officers have been deployed to restore peace in the area. Assam forest minister and local MLA Parimal Shukla Baidya said that such incidents happen almost every year in the area, because people on both sides cut trees illegally. Assam Home Commissioner Gyanendra Tripathi assured the locals of safety and also appealed to maintain harmony with the people of Mizoram.