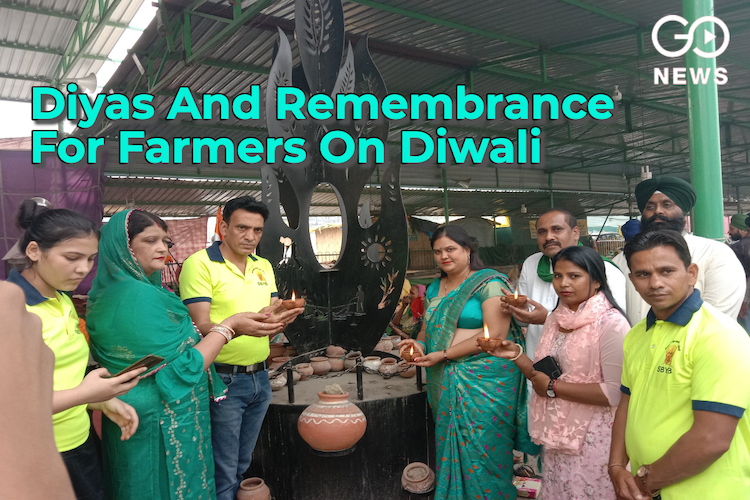 This Diwali, the Sanyukta Kisan Morcha (SKM) and Samajwadi Party chief Akhilesh Yadav had asked people to light diyas in remembrance of the farmers who lost their lives during the farmers’ protests that have been ongoing for over a year. Farmers’ issues have become a big topic in Uttar Pradesh ahead of the Assembly 2022 elections. From fertilizer shortages to the sluggish investigation and perceived protection of Union Minister Ajay Mishra’s son Ashish Mishra in the Lakhimpur Kheri case, the Samajwadi Party and Congress have persistently upped the ante against the ruling BJP government in Uttar Pradesh on these bases.

Also Read:
Reporting In The Shadow Of Danger: Journalist Killings A Worldwide Problem!

SKM Remembers Farmer 'Martyrs' On Diwali  Artist Babu Maan was present at the SKM platform at Singhu border as the farmers’ body initiated the hashtag #DiwaliWithFarmers on Twitter.Pictures with candles in memories of the farmers who lost their lives during the course of the movement were posted to social media. The month-old Lakhimpur Kheri case made waves in farmer communities, and another recent incident of three women from Mansa, Punjab being run over by a truck  highlighted the daily challenges they faced during the 14 months of their protest.

Artist Babbu Maan and some concerned citizens of Delhi celebrated this Diwali and Bandi Chhor Diwas at Singhu border.#DiwaliWithFarmers pic.twitter.com/Dqhz30gUkS

The SKM's official Twitter account, Kisan Ekta Morcha, also retweeted a video of the farmers camping at Singhu border lighting up their tents and trolleys for the festive occasion.

Farmers at Singhu border lighten their tents and trollies on occasion of Diwali. pic.twitter.com/lGvsvRrnuW

Samajwadi Party Lights Diyas For Farmers On Diwali  Samajwadi Party chief had called for lighting diyas in support of farmers on Diwali, calling for the day to be celebrated as Kisan Smriti Divas.  The party posted various pictures on social media showing cadres lighting diyas for farmers on Diwali. It also posted to Facebook that the corruption and rising costs during the present regime had dampened the celebratory mood of the Diwali festive season. It asked how the youth can celebrate Diwali when there were no jobs and no direction for their future. 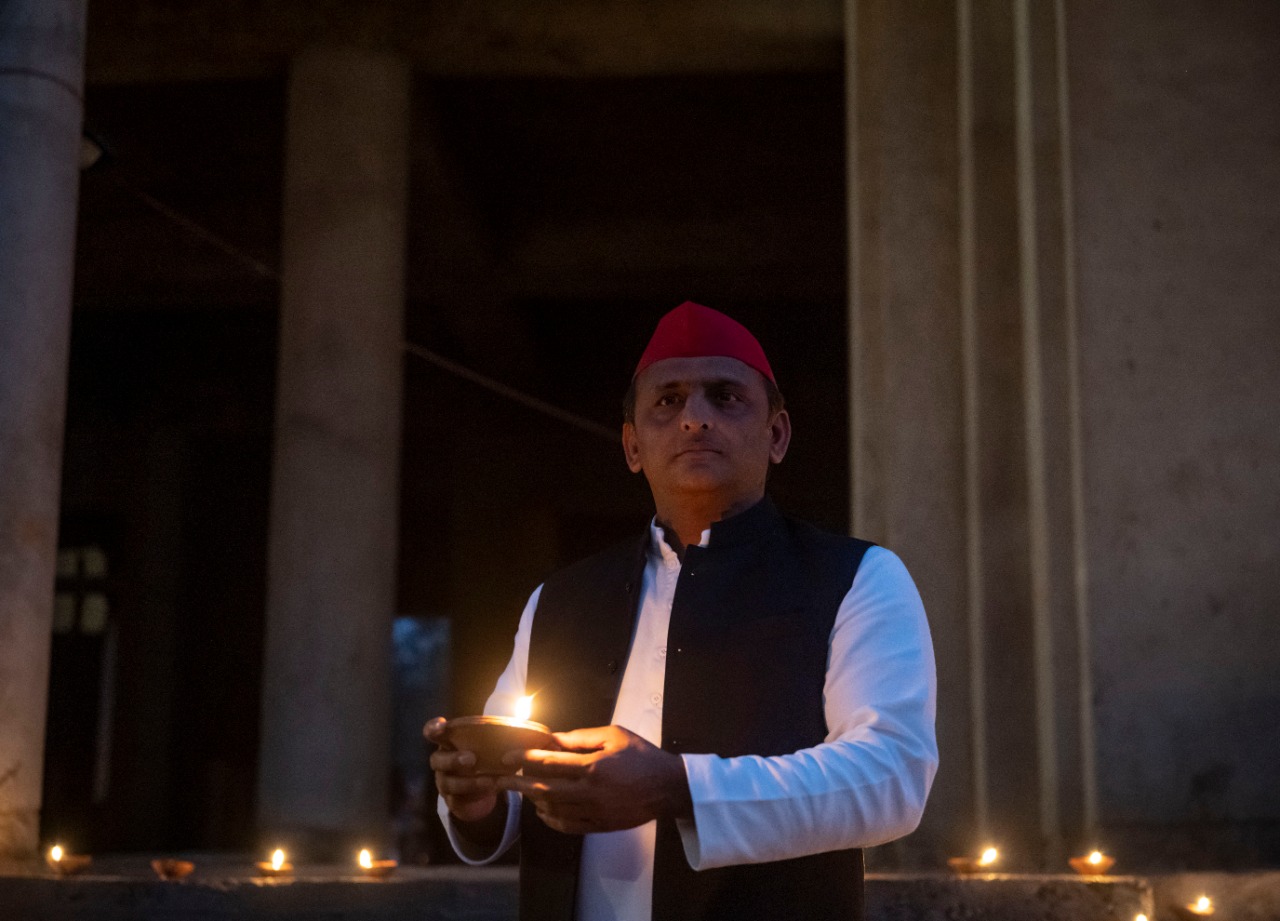 It brought up the 'bad policies' of the BJP regime, naming demonetization and GST and how it has afected traders and businesses, since Diwali is a festival which is closely associated with commerce.  It said further in the post:  "The BJP and its leadership is infamous for its anti-farmer behaviour. Even on the festival of lighting diyas (Diwali), farmers have to be away from their homes and families. There is darkness in their houses. Let alone buying at MSP, not even the procurement centres are open, and middlemen are therefore looting the produce of farmers at capricious prices. Farmers stand in long lines all day for fertiliser and still do not obtain it. Not only are DAP, Urea, and Potash fertilizers expensive but they are also unavailable. There are only two demands of the farmers: setting MSP as a law and repealing the three black farming laws. The BJP is completely apathetic to their demands"