India has 600 million active internet users. The cheap availability of data and spread of economical Android mobile phones has furthered this spread  For the present, however, the report has cautioned that there will be large differences between “news consumption habits” of online and offline users. 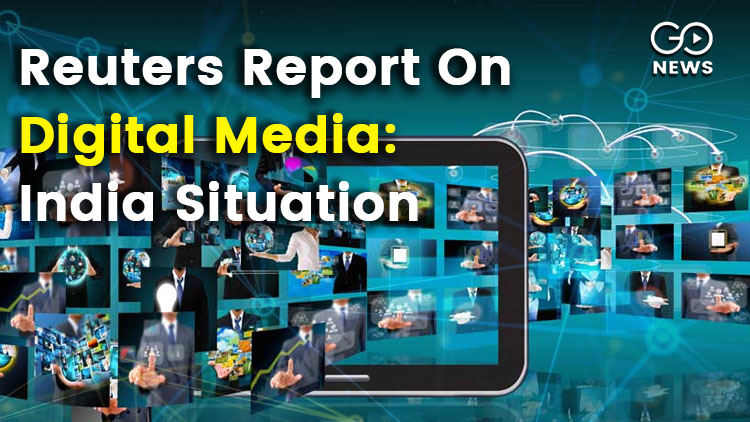 Reuters Institute has released its 10th Report (2021) on the state and trends of digital news media consumption worldwide. This report by the reputed global news agency has some interesting insights into the evolution of news and media in the digital space. After surveying people globally on their news consumption habits, it presents insights into issues like user trust, the dominance of ‘mainstream’ vs. ‘independent’ media, conventional channels like TV and print vs. disruptive new internet-based web portals, perceptions and concerns about media financing, and much more.
Also Read:
3 Laborers Die During Sewage Cleaning In Bhopal, 631 Workers Died In The Last 10 Years

India has an internet penetration of 54% according to the report, which means that almost half the country is yet to access or fully integrate digital media consumption into their individual and community lives. For the methodology, the survey has said that “Data from India, Kenya, Nigeria, and South Africa are representative of younger English-speakers and not the national population”. Nevertheless, India has 600 million active internet users. The cheap availability of data and spread of economical Android mobile phones has furthered this spread  For the present, however, the report has cautioned that there will be large differences between “news consumption habits” of online and offline users. Smartphone penetration is increasing in India. In 2021, the year-on-year change was 23%, and there were shipments of 38 million units in Q1 2021. The report says that 73% of Indians use smartphones to access news. This leads to the growing importance of news aggregating services as mobile notifications have become a major inbound channel, particularly in the Asian region. The following graph from the report shows the major news sources and devices for news consumption: 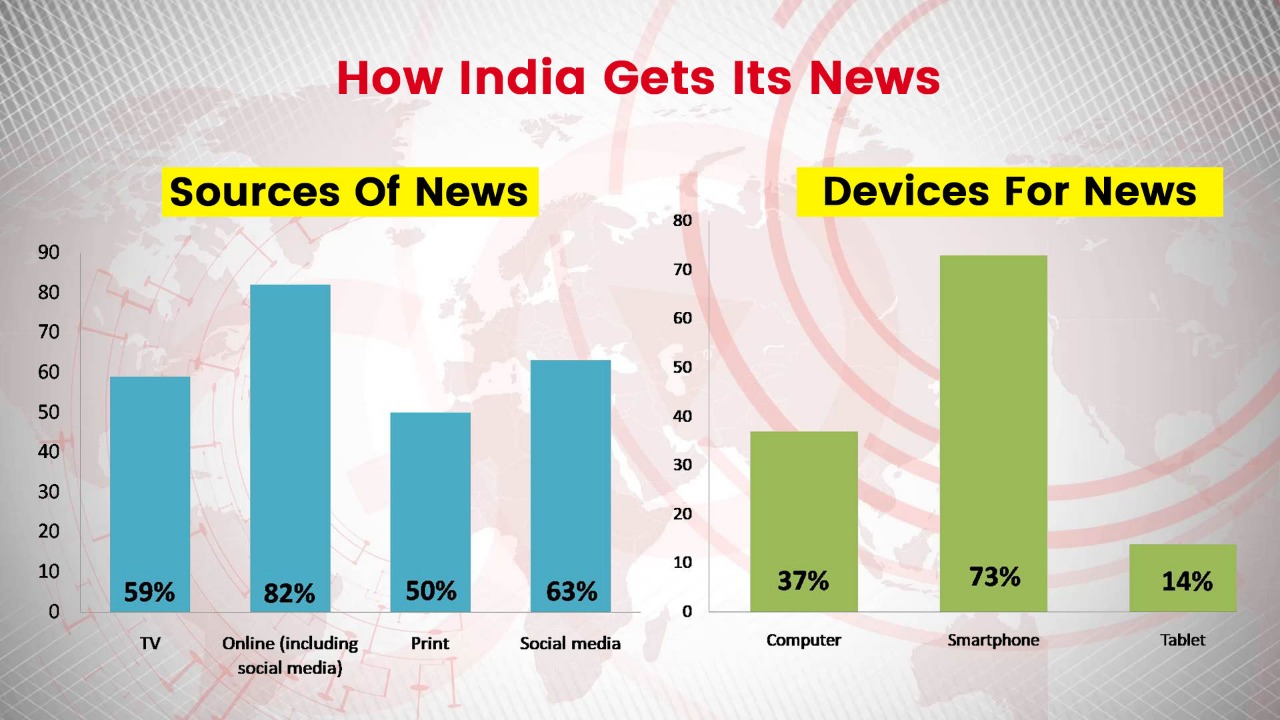 One significant way in which the media landscape is affected by digital ecosystems is the choice for users to choose their own sources of information. 38% of Indians said that they trust most of the news they see most of the time, and a majority across all platforms trust “online personalities” or influencers. The focus in recent years on “fake news” and misinformation reflects in users’ attitudes as well.  In terms of coronavirus misinformation, WhatsApp is seen as the most concerning in India (28%). Perception of WhatsApp as a source of misinformation is common in Brazil, Indonesia, and Nigeria as well. However, ‘misinformation’ as a term is also important in the report’s discussion on media freedom in the country. It has been pointed out that India has steadily lost rankings in the World Press Freedom Index issued by Reports Without Borders. Irregularities in enforcing community standards, and perceived pliability to political pressure affects the functioning and openness of social media. Content takedowns, censorship, threats against journalists, and penal action in the form of sedition cases have all shows a significant uptick in recent times in India, the report says. The ability to remove speech, ideas, and media considered as “misinformation” and “objectionable” places the levers of discourse in the hands of the government, and negatively impacts the freedom of media to question and critique its policies.