Special Report: Why Did India Stop Using EVMs In 1982? 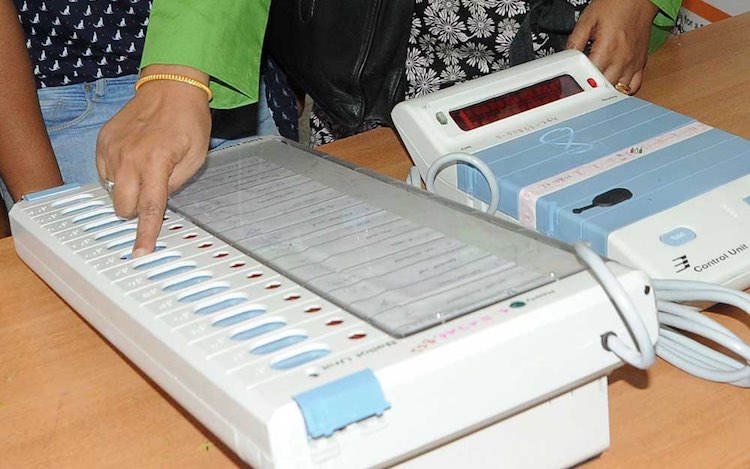 The election results have been declared in Bihar and the NDA government is set to regain power. The rhetoric about EVMs has started in the opposing camp which lost by a small margin and due to the late declaration of results. Know in this special report how EVM works and its history. EVM or Electronic Voting Machine is a machine that is used to cast and count voting. Prior to EVM, polling was done with the help of ballot box, ballot paper but it took a lot of time. To overcome this problem, an electronic machine was used which we know today as EVM.
Also Read:
MP Bypolls: BJP Secures Govt After Winning 19 Seats, Congress Bags 9 Seats

EVMs were first introduced in May 1982 at 50 polling stations in Paravur Assembly Constituency in Kerala. However, due to EVM malfunctioning and pressure from political parties, the use of EVMs was discontinued. Then after some amendments, its use was started in the general elections in 1998 and in 2004, since then it is being used in all the elections in India. The first Indian EVMs were invented in 1980 by "MB Haneefa", which was registered on October 15, 1980 as “Electronic Vibrated Counting Machine". EVM is made up of two units: the control unit and the balloting unit. In this device, the control unit controls the balloting unit, and it is only through the balloting unit that the voter casts votes. The control unit is used by the polling officer while the balloting unit is used by the voters. No voter can vote until the polling officer presses the button of the control unit. Once the vote is cast, this machine automatically locks the vote, no matter how many times you press the button. EVM was invented to make the electoral process easier, but due to malfunctioning complaints of EVMs for a long time, due to this the use of VVPAT (Voter Verifiable Paper Audit Trail) machines began An EVM VVPAT is a device connected to the EVM. As soon as you press the button to cast a vote, name of the candidate along with the party's symbol appears for 7 seconds on the screen of the VVPAT machine. After that, the slip is stored in the machine, which ensures that your vote is correct. A maximum of 3,840 votes can be registered in an EVM. Normally 1,500 voters vote at a polling station in India. Accordingly, a sufficient number of voters can vote in an EVM. According to an estimate, around 10,000 tonnes of ballots are saved per national election in India due to the use of EVMs. But it is also true that EVMs are not very popular in the world and apart from India, only small countries like Belgium, Estonia, Venezuela, United Arab Emirates, Jordan, Maldives, Namibia, Egypt, Bhutan and Nepal use EVMs.