Status Of ‘Aatmanirbhar India’ In Defence 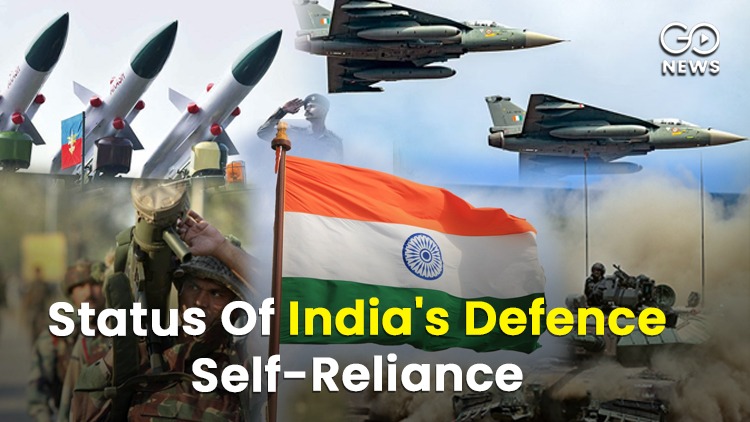 Yesterday, there was a question addressed to the Defence Minister in Lok Sabha during the ongoing budget session, regarding the steps and policies being implemented to make India more ‘self-reliant’ in matters of Defence. The question was asked by MPs Khagen Murmu and G.M. Siddeshwar, seeking details of policies to promote indigenous defence manufacturing, how these policies affect defence imports, and what the government is doing to upgrade and modernize the country’s defence infrastructure and capabilities for the present and the future.
Also Read:
While Market Soars, Indian Public Sector Declines

The reply was given by Minister of State in the Defence Ministry, Ajay Bhatt. The document dated February 4th, 2022, containing the full reply, can be accessed here. Push For Domestic Manufacturing Of Defence Equipment In Budget 2022 This year, capital expenditure meant for new weapons purchases for the Indian Air Force has been reserved for $7.43 billion; the Navy has been given $6.36 billion; and the Army has been allocated $4.28 billion. The Indian Air Force will spend most of the money to cover existing commitments for French Rafale fighters, Russian S-400 air defense systems, Apache and Chinook helicopters, and Israeli medium-range surface-to-air missile systems. The Army will use its funds to pay for T-90 and Arjun MK1A battle tanks, BMP-2/2K infantry combat vehicles, Dhanush artillery guns, Akash air defense missiles, Konkurs-M and Milan-2T anti-tank guided missiles, and multiple types of ammunition. Amit Cowshish, a former MoD financial adviser for acquisitions, said it is unlikely that the latest budget will fully meet requirements projected by the armed services. The increase in the overall budget will reflect the government’s resolve toward creating a self-sustainable industry with modern infrastructure — part of what’s known locally as Aatmanirbhar Bharat, or Self-Reliant India — the Ministry of Defence said. Defence Minister Rajnath Singh had welcomed the budget. “It is in line with the ‘Vocal for Local’ push and it will certainly boost the domestic defence industries,” he said, referring to the government’s call to support domestic businesses.