Stay Indoors In Indore: Leopard On The Prowl After Escape 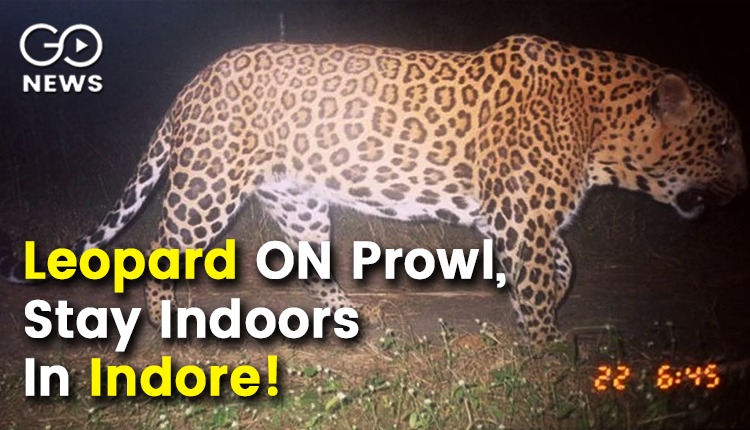 A leopard gone missing from an Indore zoo is yet to be found. It has been more than 72 hours since the animal went missing on Friday evening while being brought to the Kamla Nehru Prani Sangrahlaya being operated under the Central Zoo Authority from Burhanpur. Officials have issued an alert for surrounding areas after the leopard was reported missing. Taps and cages have been laid out to apprehend the leopard but it has not been successful as yet. The leopard is actually a cub aged 6 months old. He was being brought to Indore from Burhanpur’s Nepo Nagar to be treated for an injury, but the zoo officials at the Kamala Nehru Prani Sangrahalay did not admit it or even receive it from the Burhanpur Forest Team.
Also Read:
Electoral Bonds: Corporate World Smiles On BJP, Shuns Congress

After the animal was refused for treatment, the forest team that brought it there put it back in the cage atop their vehicle covered it with tarpaulin, and left it overnight. In the morning, when doctors arrived at the zoo to treat the leopard, it was discovered that the animal had gone missing. It was found afterwards that the cage in which it had been transported was completely unsecured and faulty. The Mesh of the cage was dilapidated and this might have enabled the animal to escape. The team which had rescued the leopard is also under question now, along with the security system on the premises since when the CCTV was sought to be checked for locating the leopard it was found that they were not in working condition. Now, different explanations are being given for its disappearance. On the basis of some footage that was captured in one of the CCTV’s, it is being said that the leopard is within the premises only. Then there is the other suspicion that it is somewhere in the vicinity based on blood stains found near a drain, which could either be another animal’s hunted by the leopard or its own blood since it was wounded. Then there is another speculation that perhaps it escaped on the way to the zoo itself, and is now somewhere in the way between Burhanpur and Indore which would make it extremely difficult to locate. There was a similar incident wherein a tiger jumped out of a cage and the resuce team handling it was considered responsible. In the most lethal attack by wild animals in the city this year, a 11-month old infant was killed on 11 March when a leopard attacked her, the rescue team and 6 others. in Shivdham Coloby in Limbaud . The infant had succumbed to her injuries during treatment.