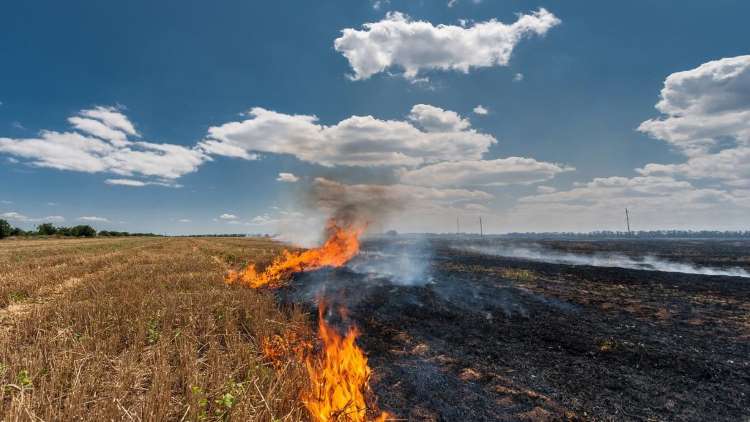 As paddy harvesting starts, farmers have started burning of paddy straw in parts of Punjab and Haryana. According to the Punjab Remote Sensing Centre (PRSC) on September 21, 14 cases of stubble burning were detected in the state while on September 24, 67 cases were found in Amritsar alone. According to the data, 138 cases have been detected in the state so far and the rate of burning stubble is higher this year compared to last year. Last year, there were 117 cases of stubble burning in Punjab from September 21-24, while 138 cases were registered during this year. Last year, the Punjab government had announced a compensation of Rs 2500 per acre to farmers who did not burn straw, but the scheme benefits farmers with at least five acres of land.
Also Read:
Delhi Riots: Salman Khurshid, Gauhar Raza, Prashant Bhusan Named In Chargesheet For ‘Pro

Statistics show that under this scheme, in November last year, 29,343 farmers were given compensation of Rs 2500 while the number of farmers who applied for compensation was 85,000. Apart from this, the Punjab government has also arranged 75,000 machines for the disposal of the straw. According to the data, 20 million tons of straw is collected every year in the state, but up to 80 percent of the straw is burnt in the fields. In such case, the number of machines needs to be increased. In 2015, the National Green Tribunal had prohibited the burning of the straw and ordered the state government to subsidise the machines. However, despite this, the state governments have failed to make adequate arrangements. The agriculture expert says that the government should start straw procurement system like crop purchase which can be used as fuel in renewable power plants or even cardboards can be made.