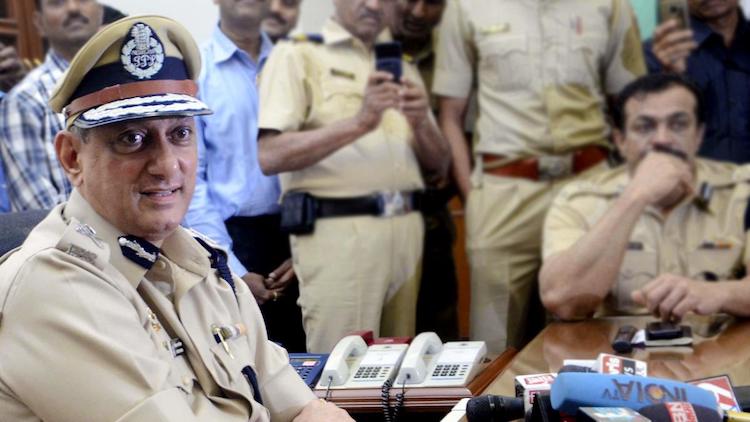 Former Mumbai police commissioner Rakesh Maria who looked into the Sheena Bora murder case has made sensational claims in his book, “Let Me Say it Now”. Indrani Mukherjea and Indrani’s ex-husband Peter Mukhejea are facing trial over the charges of kidnapping and murder of their step-daughter Sheena Bora in 2012. Also Read: Apple Says iPhone Global Supplies Marred By Coronavirus

According to the reports, Maria, who was abruptly transferred in the middle of the probe, says that then Mumbai Police Joint CP Deven Bharti had close relations with the Mukerjeas and this fact was not disclosed to him. He also said he was informed about his transfer via an SMS message from then Additional Chief Secretary (Home) KP Bakshi. In his book 'Let Me Say It Now', Rakesh Maria writes at length the details of the interrogation with media baron Peter Mukerjea. He also described the moment when Mukerjea told him that he had informed Deven Bharti about Sheena Bora's disappearance in 2012, a fact that came to light in 2015.

Here is an excerpt from the book: "Your son comes and tells you that his fiance - your stepdaughter or sister-in-law or whatever you call her, is missing. And you do nothing about it?' I asked him. "No sir. Not that I did nothing," said Peter. "What did you do?" I asked him. 'Sir, I had told Deven!' Peter answered looking at Deven Bharti, Joint CP (Law and Order)." According to media reports, rejecting Maria's claim, Bharti said, "Maria belongs to a family linked with Bollywood and, it seems, scriptwriters have a great influence on him. In addition, it appears to be a marketing strategy for the book as well as the web series, which attempts to grab more eyeballs rather than place facts." Moreover, for a policeman, it is advisable to read the charge sheet and case diary rather than a "piece of fiction", Bharti said. "Won't comment much as the trial is in progress but would definitely tell that the whole investigation team was aware of all developments and were on the same page till the investigation was with Mumbai Police," he added.
TAGS Books Let Me Say It Now Former Mumbai police commissioner Rakesh Maria Peter Mukherjea Indrani Mukherjea Sheena Bora murder case Sheena Bora