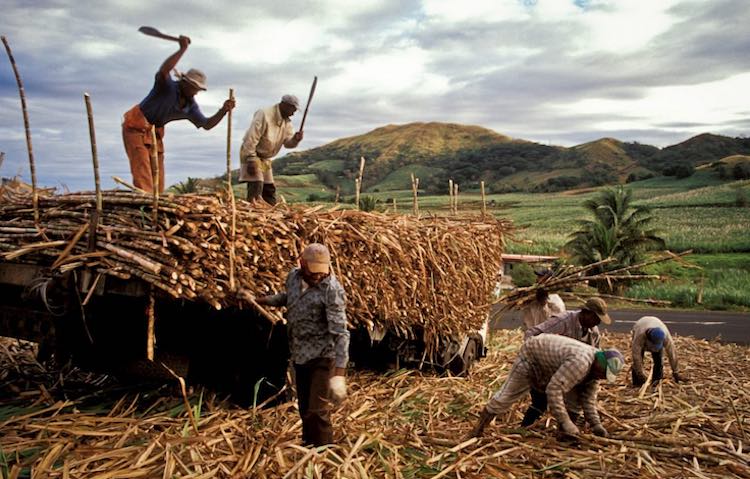 Sugar mills owed more than Rs 15,000 crore to cane farmers which include dues over the last three years, according to the data revealed in the Lok Sabha, underlining the plight of farmers and agriculture in the country. The government itself has said that every other farm family is under an average debt of Rs 44,000, still, the government ignores the crisis.
Also Read:
Onion Export Banned Again: Huge Decline In Exports In Last 3 Years

In the Lok Sabha, Minister of State for Consumer Affairs, Food and Public Distribution, Danve Rao Rasaheb Dadarao said that the total outstanding dues of sugarcane farmers across the country is Rs 15,683 crore. The Minister said that the government and private sugar mills have not paid Rs 1,889 crore for the sugar season 2016-17, Rs 242 crore for 2017-18 and Rs 548 crore for 2018-19. At the same time, the sugar mills owe Rs 12,994 crores for the 2019-20 sugar season, which has not yet been paid. According to the data, the maximum outstanding dues of Rs 10,174 crore are of the UP farmers over the last years, which has now become a raging issue. After that comes Gujarat cane growers with unpaid dues of Rs 863 crore rupees, Uttarakhand farmers with Rs 434 crore of dues, Haryana farmers with Rs 433 crore while Rs 340 crores of Punjab sugarcane farmers have also not been paid. According to the Union Minister, 14 mills of Bajaj Hindustan alone in Uttar Pradesh owe Rs 5,339 crore. The company has paid Rs 2,378 crore while the payment of Rs 2,961 crore is pending. Among the top five districts of UP, the highest outstanding dues of Rs 992 crore are of Lakhimpur Kheri farmers, followed by Meerut farmers with Rs 284.33 crore of unpaid dues, Shamli farmers with Rs 249.24 crore, Muzaffarnagar farmers with Rs 241.63 crore and Gonda farmers with Rs 214.13 crore, which are yet to be paid. According to the Sugarcane (Control) Order, 1966, there is a provision for payment of the outstanding amount of sugarcane farmers within 14 days, but the state governments, especially the UP government, have failed to implement the order in effect. This is the reason why farmers are forced to take to the streets for their demands.