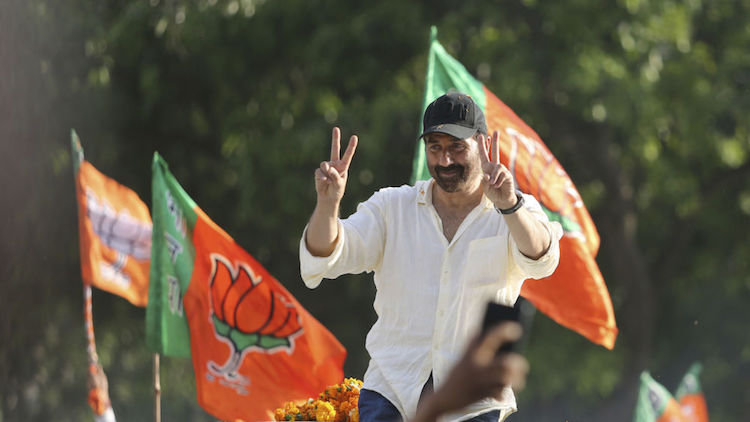 While actor-turned-politician Sunny Deol is reciting dialogues from his films for audiences in the Parliamentary constituency of union minister Nitin Gadkari, ‘missing’ posters - about Deol’s ‘disappearance’ - have cropped up in his own Parliamentary constituency of Gurdaspur in Punjab. People in Gurdaspur say that after winning the elections, BJP Member of Parliament (MP) Sunny Deol has not been seen there even once, and they are so indignant that posters of Deol’s ‘disappearance’ have come up everywhere in town, from the railway station to public squares. Also Read: J&K: DSP Caught With Hizbul Men Will Be Treated As Terrorist

There all kinds of speculations about Deol in town, such as if he did not want to come to Gurdaspur after winning the polls, then what was the need to fight elections from there? The biggest question is if Deol is not going to his Parliamentary constituency Gurdaspur and is not being seen in films too, then where is he and what is he doing?  It has come to light that Deol was reciting dialogues from his movies for audiences in Nagpur, Gadkari’s Parliamentary constituency, on the occasion of the National Youth Day on January 12. While there, Deol also promised people that he will come to Nagpur as many times as he is called. On the other hand are people from Gurdaspur, his Parliamentary constituency, who are complaining that Deol has not come to the town even once after winning the elections in May 2019. Meanwhile, Deol has released a video on Facebook in this context, in which he has said cryptically that he wants to tell those parties which are opposing him that all pending files have now been approved. Questions have been raised on this attitude of Deol earlier too. Previously, he had handed over all official work in his Parliamentary constituency to a person named Gurpreet Singh, which had led to a massive outcry. At that time, it was asked that when all rights will be with Gurpreet Singh, then what is the use of Deol being the MP? Deol’s attendance in Parliament has also been very low. In the first session of Parliament, he was seen in the Lok Sabha on just nine days.

Actor-turned-politician @iamsunnydeol’s missing posters have cropped up in his constituency who has not visited #Gurdaspur even once after winning the #election on a @BJP4india ticket@iankushchoubey pic.twitter.com/ZBiIELv9AG

By Darshit Singh 10 hours ago