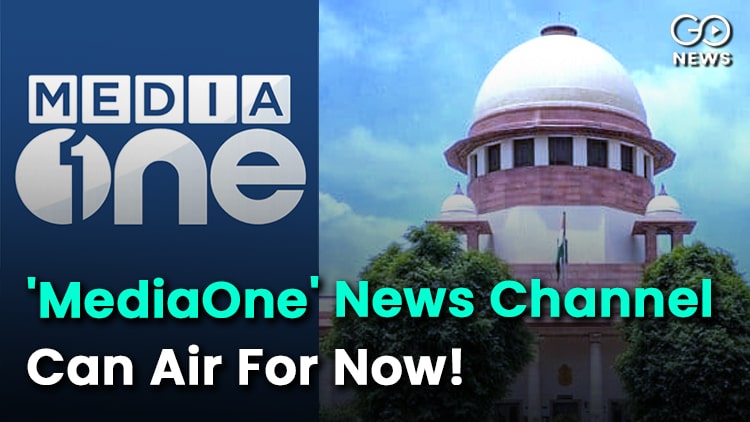 The Supreme Court on March 15 stayed the Central Government's decision to revoke Malayalam news network MediaOne TV's security clearance. The Central Government halted the channel, which is owned by Medium Broadcasting Limited, citing security concerns. According to the Supreme Court, the channel will be allowed to continue broadcasting as it did before the security clearance was removed. The court has given the central government two weeks to file a counter-affidavit before March 26.
Also Read:
"Hijab Not A Compulsory Practice Of Islam" : KHC

The Madhyam group's senior counsel Dushyant Dave stated that the renewal of the licence does not require security clearance, and that the government's decision to shut down the channel was based on the fact that it is Muslim-owned. Many of Madhyamma Broadcasting Limited's investors are Jamaat-e-Islami Kerala branch members. Justice D.Y. Chandrachud ordered SV Raju, who was representing the central government, to reveal the intelligence report that led to the cancellation of the channel's security licence. "You are forbidding anyone from running your business," Justice Chandrachud questioned. "What exactly is the matter?" Dushyant Dave responded that according to the Kerala High Court, nothing is on record. This "sealed cover" is "against jurisprudence," the SC bench responded. Kerala High Court's stand on banning MediaOne TV! The Kerala High Court had upheld the central government's decision to ban MediaOne TV's transmission on security grounds, and MediaOne TV had appealed to the Supreme Court. The Supreme Court had requested the Central Government's answer, in which it was asked to disclose the papers on which the Kerala High Court had made its verdict. On March 2, the Kerala High Court affirmed a single-judge ruling prohibiting Malayalam news network MediaOne TV from broadcasting. The news channel's appeal against the central government's decision not to renew its broadcast licence was dismissed by a bench of Chief Justice S Manikumar and Justice Chali. The Information and Broadcasting Ministry (I&B) issued an order on January 31 prohibiting the station from broadcasting due to the non-renewal of its licence. The issue of banning MediaOne TV also arose in the Lok Sabha! During Question Hour in the Lok Sabha, the government argued that private TV channels should be given "ample opportunity to make their views known" if they promote programming that is purportedly harmful to national security are provided. L. Murugan, Union Minister of State for Information and Broadcasting, said the home ministry reviews all new and renewal applications for private television channels. He explained that if a channel's conduct is determined to constitute a "threat" to national security, the Ministry of Home Affairs denies security clearance, which results in the Ministry of Information and Broadcasting's licence being revoked.