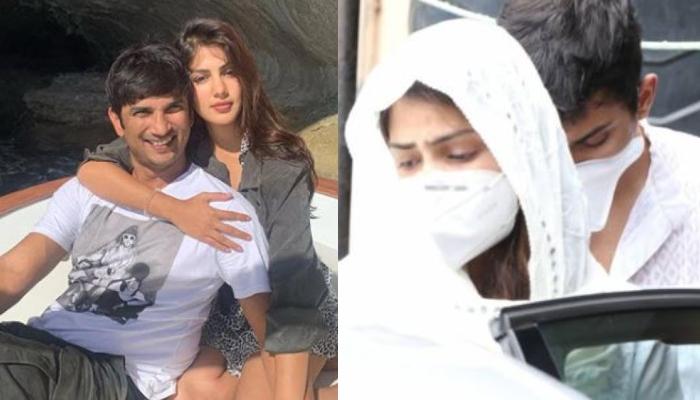 Actress Rhea Chakroborty appeared before the Enforcement Directorate's Mumbai office on Friday after the probe agency rejected her lawyer’s deferment plea which had asked more time for her to join the investigation. ED is probing Chakraborty regarding the financial aspects of the Sushant Singh Rajput case.

ED rejected her earlier request that the recording of her statement be postponed till Supreme Court hearing. pic.twitter.com/MIWYlYMXhT

Meanwhile, the CBI has also started an investigation after registering a case against Rhea and six of her family members.
Also Read:
Go Headlines: Top News Of The Hour

Bollywood actor Sushant Singh died by suicide on June 14 at his residence, a case that is investigated by Mumbai Police. Meanwhile, Sushant Singh’s father KK Singh questioned the Mumbai Police’s investigation and filed a case with the Patna Police, making serious allegations against Rhea Chakraborty and her family. When the Patna Police reached Maharashtra for investigation, both police sides had a confrontation and Bihar IPS officer Vinay Tiwari was forcibly quarantined. Meanwhile, the Bihar government recommended a CBI inquiry into the matter, which also got approval from the Central government. The investigation is now handed over to the CBI and ED while hearing is going on in the Supreme Court regarding the scope of the investigation. In an affidavit filed in the Supreme Court, Rhea Chakraborty and her family members have been accused of staying with Sushant Singh Rajput. Bihar police said Rhea allegedly gave Sushant a drug overdose, which is a cognisable offence. The Bihar Police had the authority to file an FIR, as the Mumbai Police did not register a case of serious crime. Bihar Police says that despite the non-cooperation of the Mumbai Police, it has found many clues in the investigation.

Bihar Government, in its affidavit before the Supreme Court, states that the state govt has the jurisdiction to investigate the matter. #SushantSinghRajput https://t.co/mhlncpY1Gj

Vinay Tiwari, IPS officer of the Bihar Police, has been released by BMC after 5 days of quarantine. This decision was taken after the IPS officer showed his return ticket. Vinay Tiwari may leave Maharashtra after 8 August.

Bihar IPS officer #VinayTiwari, who was quarantined in Mumbai, to leave for Patna today. Four other officers had returned to Patna yesterday.

BMC has informed me, through a text message, that I can go out of quarantine. I'll be leaving for Patna now: Vinay Tiwari (in file pic) pic.twitter.com/Uk94aEy0Oy