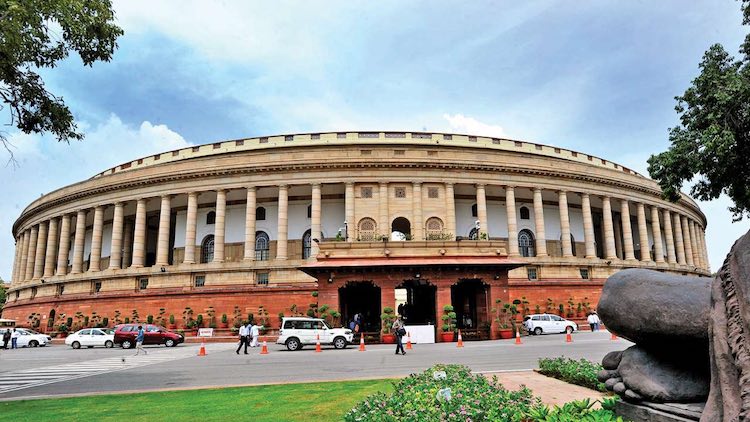 By Satvik Varma A few days ago, the Union Cabinet decided to suspend the Members of Parliament Local Area Development Scheme (“MPLADS”) for a period of two years. It was stated that these funds “will be used to strengthen the Government’s efforts in managing the challenges and adverse impact of COVID-19 in the country.” Given the unprecedented nature of the current crisis, we all must stand firmly behind our Commander-in-Chief and be united in the fight against the pandemic. Yet, not every decision is likely to find support given our diverse political landscape. Also Read: Several States Pushing For Lockdown Extension During Video Conference With PM

The decision to cut salaries and pension of Parliamentarians has been welcomed. But the suspension of MPLADS, and the diversion of Rs. 7900 Crores, has been termed as “problematic” and questioned foremost for leading to centralisation of fund allocation. Every state has peculiar circumstances and accordingly its unique needs. It has been voiced that the local Member of Parliament (“MP”) must be “equipped in their own way to intervene and offer relief to the people in these trying times.” Notably, this is not the first time MPLADS has been the topic of debate. Conceptualised in 1993, to enable MPs to recommend developmental works in their constituencies focused on creating durable community assets, its Constitutionality was challenged in 2010. The Supreme Court upheld its validity and amongst others noted that the Scheme falls within the meaning of “public purpose” aiming for the fulfillment of the development and welfare of the State as reflected in the directive principles of State policy. Under the Scheme, at present, each MP gets Rs. 5 Crore annually, increased steeply from Rs. 5 Lakhs when the scheme started to Rs. 2 Crores before the current amount, to spend on projects such as drinking water, primary education, public health, sanitation and roads, based on the locally felt needs. Supervised by the Ministry of Statistics and Programme Implementation, the Ministry is responsible for the policy formulation, release of funds and prescribing monitoring mechanism for implementation of the Scheme. A Nodal Department is designated in each State/UT to supervise, monitor and coordinate the implementation of MPLADS with departments distributed districts-wise. The actual implementation is undertaken by local municipal authorities or through the panchayati-raj institutions. Interestingly, MPLADS contemplates undertaking works in relation to “natural and man-made calamities”, which should include the current pandemic, upon identification of the same by the MP to be supervised by the district authority. Why then has the Scheme been suspended?

(Under MPLADS, each MP gets Rs. 5 Crore annually to spend on developmental activities in his/her constituency)

When the Constitution Bench upheld the Constitutionality of the Scheme it noted that given India’s quasi-federal structure, the Union can make grants, irrespective of whether they lie in the Seventh Schedule, provided they are in public interest. It held that the term “public purpose” as used in the Constitution must be given the widest interpretation and the Union and the State are empowered to exercise their spending power to matters not limited to the legislative powers conferred upon them. The Court noted that they were adequate levels of accountability within the Scheme starting with the accountability within Parliament, the guidelines which the supervising Ministry draws out and finally the annual reports which record the work undertaken. It was also clarified that the Scheme did not override on the powers vested in the State Government or the local authorities and in fact supplements their efforts. It was further observed that the Scheme did not violate the doctrine of separation of powers as each MP would ultimately be responsible to Parliament for their actions even under MPLADS. Additionally, the Court was satisfied that funds allocated under MPLADS were valid and would be included in the Appropriation Acts passed year-after-year. Having stood the test of time and judicial scrutiny, questions have arisen on whether the suspension of the Scheme was the only option? Instead, could not consensus have been built and MPLADS funds be pooled for the unified fight against COVID19? There is precedence of MPs collectively allocating MPLADS funds as was done during the rehabilitation work undertaken post the flash floods and landslide in Jammu & Kashmir and Uttarakhand, or post the cyclones in Andhra Pradesh or the floods in Tamil Nadu. Would it not have been more reasonable to direct that all expenditure under the Scheme may only be made towards COVID19 related activities but at the determination of the MP based on local needs? This is the only discretionary expenditure an elected representative has to spend on their constituents. Why deprive them of that Constitutionally upheld privilege? It may be interesting to note that, as per the last available annual report dated March 31st, 2017, Rs. 3499.50 Crores were released under the Scheme in the year 2016-17 and an expenditure of Rs. 3796.23 crore was incurred. This brings the percentage utilization over release of funds for the year at 108.48%, since rollover of funds is permitted. Additionally, the percentage of cumulative works completed over the cumulative works sanctioned stood at 89.31%.

(The Kedarnath landslide in Uttarakhand in June 2013)

Why then suspend the Scheme for two years when the allocation takes place on an annual basis? There is merit in the argument that the Central Government is too far removed to know grass-root requirements of remote areas, which depend on MPLADS funds for their developmental activities. In fact, once the pandemic is over, the specific requirements will vary from region-to-region and hence a centralized approach may tend to be counter-productive in attempting to implement a one-size-fits-all formula. After all, only he who wears the shoe knows exactly where it pinches! Let’s hope the suspension is not the precursor to doing away with the Scheme all-together and the Cabinet quickly reconsiders its decision. Satvik Varma is an advocate based in New Delhi. A graduate of Harvard Law School, he’s licensed to practice both in India and New York.
TAGS MP salaries MoSPI Education MPs Natural Calamities coronavirus pandemic Coronavirus in India coronavirus outbreak coronavirus COVID-19 pandemic COVID-19 restrictions COVID-19 Central Government MPLADs