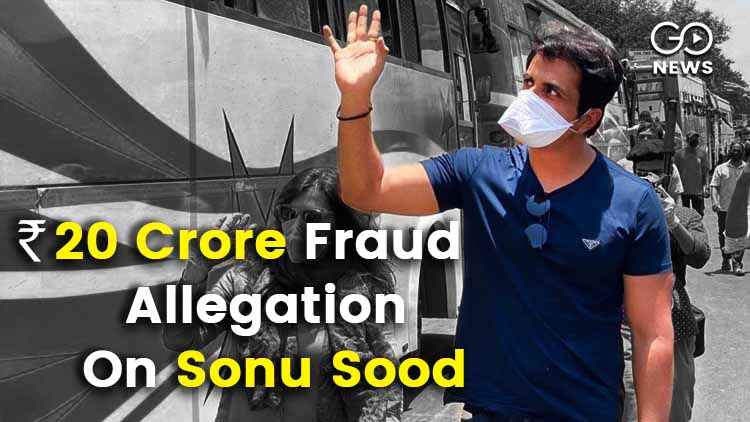 Bollywood Actor Sonu Sood, who became famous as a “guardian angel” last year for his efforts on behalf of migrant workers, has been charged with a 20 crore tax fraud allegation by the Income Tax Department. The 48-year old actor had recently tied up with the Aam Aadmi Party government in Delhi as the state’s “brand ambassador” In 2020, Sood had emerged as a great help to migrant workers stuck in cities due to the lockdown, seeking to return. The actions taken by the I-T Department have ignited debate that it was retaliation for these acts of help that the actor extended.
Also Read:
Hypertension Pandemic? High BP Patients People Double Since 1990

The Income Tax Department (I-T Dept.) has alleged that “incriminating evidence” related to tax evasions had been found t the premises of the actor and his associates. "The main modus operandi followed by the actor had been to route his unaccounted income in the form of bogus unsecured loans from many bogus entities” the department said in a statement. The IT Department conducted raids and seized property at various locations associated with the actor in Mumbai. An upcoming real estate firm linked to Sood was also raided in Lucknow. The tax body says that 28 premises were raided over three continuous days in Mumbai, Lucknow, Kanpur, Jaipur, Delhi, and Gurgaon The Central Board of Direct Taxes (CBDT) said that "The charity foundation incorporated by the actor on July 21, 2020 has collected donations to the tune of Rs 18.94 crore from April 1, 2021 till date, out of which it has spent around Rs 1.9 crore towards various relief work and the balance of Rs 17 crore has been found lying unutilised in the bank account of the foundation till date" It has also been claimed that during the search, ₹1.8 crore was found in cash while 11 lockers have been seized. The matter is being investigated further. Actor Sonu Sood had gained a lot of praise after assisting stranded migrant labours during the first coronavirus lockdown in 2020. He claimed in 2020 that he sent 90 thousand migrant labourers home after they had been forced to walk the distance back. Under the “send them home” campaign he even arranged to have many such migrant labourers airlifted. He had also said that he had taken the responsibility of the families of those labourers who had died during the long journey on foot. Even during the second wave, there were videos circulating wherein he was personally seen delivering oxygen cylinders. He had also gathered a significant sum through public appeals for assisting those affected by the coronavirus. For Sonu Sood’s supporters, the man who made a name as a reel life villain has proven to be a real life hero. Recently, Sonu Sood had met the Chief Minister of Delhi, Arvind Kejriwal. CM Kejriwal has declared him the brand ambassador of a program called “Desh ke Mentor” (India’s mentors) under which schoolchildren will be guided about the future. Sonu Sood told the media back then that he has no intention of joining politics, and that his decision to accept brand ambassadorship of the program has nothing to do with politics. However, it was speculated that Sood may join politics too, something that he denied. It was also speculated that he may join the BJP, but there is no clarity upon the matter yet. Still, Sood’s meeting with Kejriwal has definitely inspired some whispers in political circles. Now, after the raids by the IT Department, people are criticising the agency’s actions and supporting the actor on Twitter.