'Truth Can Be Harassed But Not Defeated', Says Sachin Pilot After Congress Sacks Him 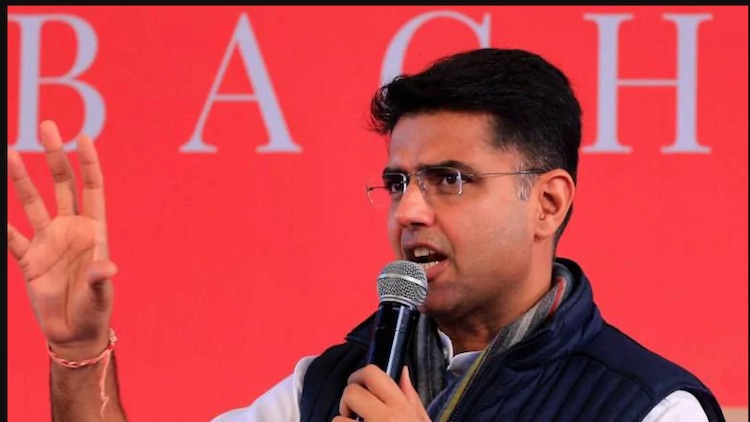 Strict action has been taken against Sachin Pilot and his two ministerial supporters for the open rebellion against the Congress. The Congress on Tuesday removed Pilot as Deputy CM of Rajasthan and president of the state Congress. Congress chief spokesperson Randeep Singh Surjewala announced the decision and said the command of the state has now been handed over to Govind Singh Dotasra. Also Read: WHO Warns COVID-19 Is 'Going To Get Worse And Worse And Worse'

Surjewala said that Sachin Pilot and some of his ministerial colleagues are conspiring to topple the elected government of eight crore Rajasthanis by getting swayed in BJP's plot. 'This is unacceptable', he said. This decision was taken in the second meeting of the Congress Legislature Party which was going on at the Fairmount Hotel in Jaipur, where the party claimed that over 100 MLAs were present in the support of Congress and CM Ashok Gehlot.

Now, instead of Sachin Pilot, the command of the state Congress has been handed over to Govind Singh Dotasra, who is the Education Minister in the current Gehlot government. After this announcement, the nameplate with the name and designation of Sachin Pilot has been removed from the Congress headquarters in Jaipur and replaced by the nameplate of Govind Singh Dotasra. Apart from Sachin Pilot, his two ministerial supporters Vishvendra Singh and Ramesh Meena have also been removed from their posts.

Sachin Pilot, who is in Delhi, tweeted on this action that truth can be disturbed but not defeated. He has removed the name of the Congress party from his Twitter profile.

Truth can be disturbed, cannot be defeated, tweets Sachin Pilot.

He has been removed as Rajasthan Deputy CM and state Congress chief. pic.twitter.com/JqjpMI9Uo2

Meanwhile, CM Ashok Gehlot went meet Governor Kalraj Mishra. The Governor accepted the dismissal of Sachin Pilot, Vishvendra Singh and Ramesh Meena. According to media reports, CM Ashok Gehlot has claimed that 104 MLAs are in support with his government. However, the Tribal Party, an ally of the Gehlot government, seems to be withdrawing its support. The MLA of this party, Rajkumar Raut, has released a video saying that he has been taken hostage by the supporters of Gehlot.

#WATCH Rajkumar Roat, BTP (Bhartiya Tribal Party) MLA from Chorasi in a video, alleges police not letting him move, have taken his car keys and it's a hostage like situation. #Rajasthan pic.twitter.com/FBbBXCCQoy