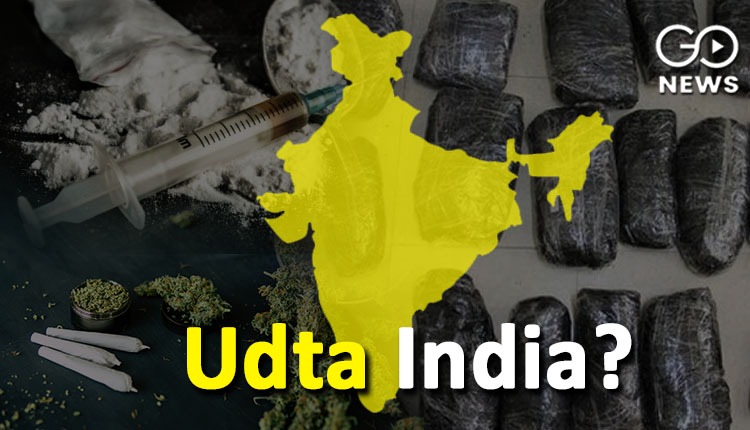 India's drug trade is booming at breakneck speed. This may be seen in the rising number of drugs seizures during the last five years. During the years 2017 to 21, the country had a 300 percent increase in drug (heroin) seizures. This information came from the Narcotics Control Bureau, an agency that began to regulate it on its own. According to NCB Director General SN Pradhan, 7,282 kg of heroin was confiscated in India in 2021, compared to 2,146 kg in 2017.
Also Read:
Retail Inflation Reaches 6.01% In January, Highest In 6 Months 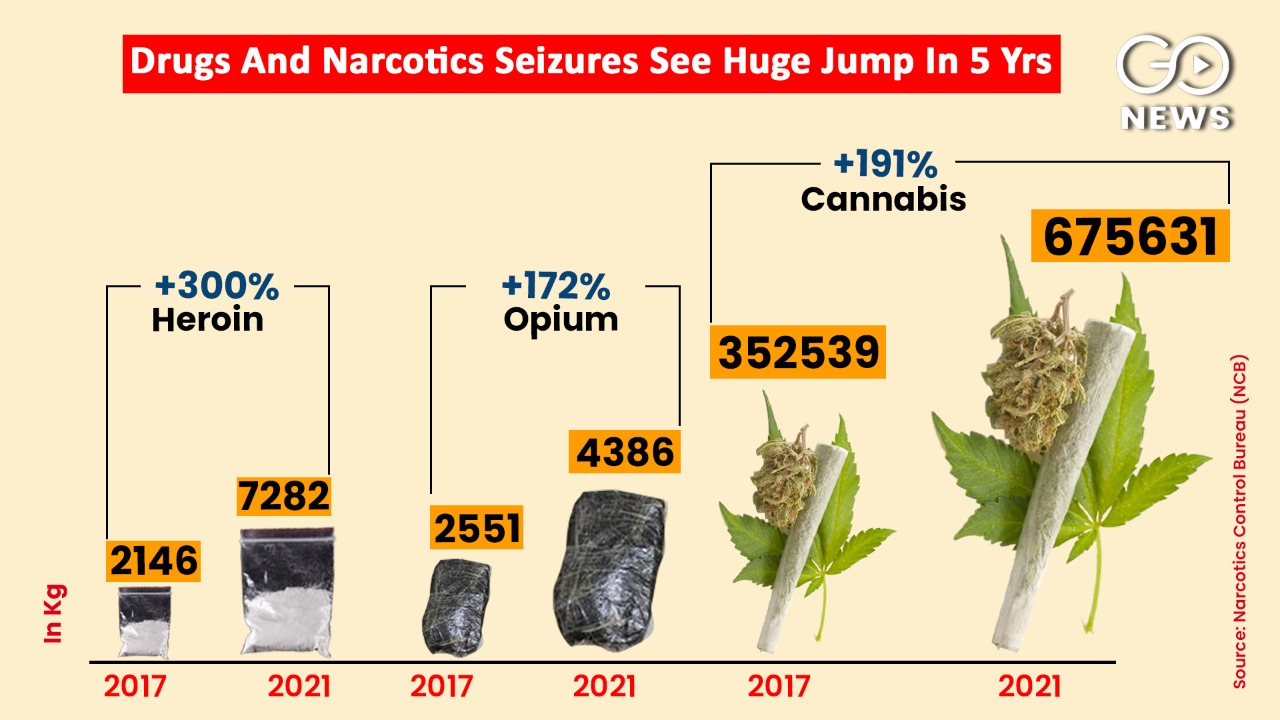 According to the Narcotics Control Bureau, 3,52,539 kilogrammes of ganja were seized in 2017, rising to 6,75,631 kilogrammes by 2021. When we look at the percentage, we can see that it has increased by 191 percent. Seizures On Big Scale! In September of last year, almost 3,000 kg of heroin were seized at the Gujarat port of Mundra. Following an inquiry, it was discovered that a huge quantity of heroin had travelled from Afghanistan to India via Iran. The confiscated heroin was estimated to be worth Rs 19,000 crore by the NCB. Similarly, 300 kg of heroin was captured in Navi Mumbai's Nhava Sheva Port in July 2021. In August 2020, over 200 kilogrammes of this narcotic was captured after it arrived in India via Iran from Gwadar, Pakistan. Minor Drug Addict! According to Gonewsindia, which cited government data, the country has a considerable population of minor drug addicts. According to Ministry of Social Justice and Empowerment data from 2018, 3 crore 10 lakh individuals in the country consume ganja. There are 20 lakhs of them who are between the ages of 10 and 17. Similarly, 2.5 crore people take opium, with 40 lakh of them being minors. 13 million people use sleeping medications, with 20 lakh of them being teenagers. Around 90 lakh people consume whitener fluid, with 30 lakh of them being minors. About 12 lakh persons in the country consume cocaine, one of the most expensive drugs. There are also 2 lakh minors among them. Drug addiction affects 8.38 million Indians (as of 2018). Aside from illegal substances, millions of Indians are dependent on alcohol, cigarettes, and tobacco. This demonstrates that a big portion of the country's population is addicted to drugs, but they do not detect any odour when they are removed from the situation.