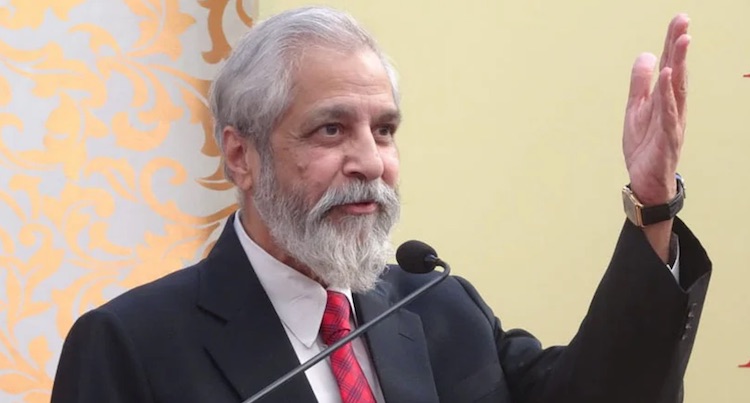 Terming laws being framed in the name of 'Love Jihad' as unconstitutional, former Supreme Court Justice Madan B. Lokur has said that such laws are against the freedom of citizens of choosing partners. It is worth mentioning here that in Uttar Pradesh recently, an ordinance has been issued by Yogi Adityanath govt to put an end on 'Love Jihad'. There are enough statements from other BJP leaders to suggest that other saffron party ruled states such as Madhya Pradesh, Gujarat and Assam will be following UP's suit.
Also Read:
Farmers' Stir Widens Cracks In NDA As Allies Turn Back On BJP

Addressing the seventh Sunil Memorial speech on 29 November on 'Judiciary and social justice, dignity and personal liberty - Human Rights and Fear', Justice Lokur said that the ordinance passed in UP against 'Love Jihad' is unfortunate and it ignores freedom, dignity and human rights. The former SC judge added in the same breath that the said law creates separate legal provisions and barriers for the marriage of people of two religions. He said, "The meticulously constructed jurisprudence of dignity, on which the Supreme Court has worked hard for years, is being consigned to funeral as it happened in Hathras incident." Justice Lokur said, "Although there is no definition of 'love jihad'. A chief minister had defined that 'jihadis' are playing with the honor and prestige of our sisters and daughters by hiding the real name and identity. Another chief minister has said if these 'jihadis' do not mend their ways, then this will be the beginning of their journey to the grave. Has this possible death sentence already been approved under the Constitution or law? This seems to be a revival of the mob lynching trend ... what about freedom of choice? .. Why not declare war against child marriage, which by definition is forced marriage?" While referring to much-debated Kerala's Hadiya case of 2018, he said that the Supreme Court in its verdict has clearly said that a woman can convert by her choice and marry a man of her choice. Therefore 'Love Jihad' law ignores the apex court's verdict. It is worth noting that the Yogi Adityanath government has passed the Religion Conversion Prohibition Ordinance-2020, which has also been approved by Governor Anandi Patel. Under this, there is a provision for punishment on conversion to marriage. Also, from on onwards, one has to inform District Magistrate two months prior to conversion and could marry only after getting the approval. Moreover, the accused will be responsible for proving his own innocence in such cases.