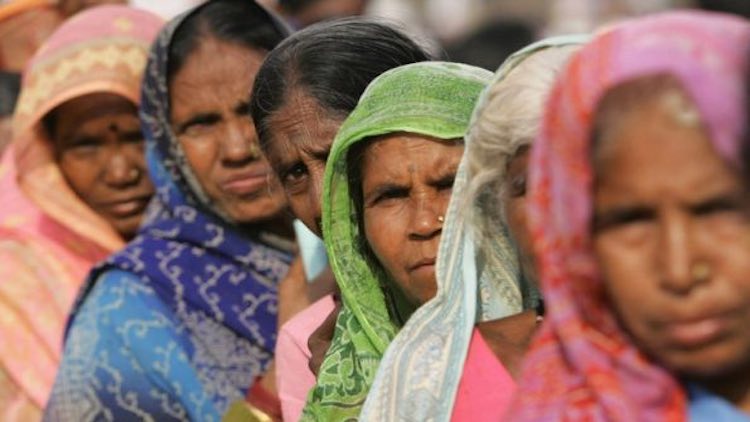 The practice of casteism that has been going on for centuries was declared illegal in free India, but even after 73 years, the roots of casteism are very deep in the country. In a new study conducted by JNU and University of Maryland, about 27% of the families have believed that they have faith in the caste system and they practice untouchability.
Also Read:
Assam Floods Break Last Year’s Devastation Records, Centre, State Govt Didn’t Learn Th

The study, which included 42,152 families of the country, asked people whether they believe in untouchability and if the answer was no, then the next question was asked if any Dalit comes to their kitchen and touches the utensil, will they have any problem? According to the survey, untouchability is more observed in villages than in cities. About 20% of the families in cities admitted that they believe in untouchability, while 30% of families in villages said they practice it. This survey is important in the sense that backward and downtrodden people have also acknowledged that they are following the practice of untouchability. This problem seems to be more among backward classes than the Vaishya community. The survey has claimed that the practice of untouchability is the highest among the Brahmin community at 52%. At the same time, 24% in Kshatriya and Vaishya community, 33% in OBC, 15% in Scheduled Caste, 15% in Scheduled Tribe and 13% others believe and practice untouchability. These figures show that more than Kshatriyas and other backward classes, Vaishya society practice untouchability. Dalits, who are considered deprived and oppressed, are also discriminated on the basis of caste. The survey also sheds light on the religion which practices untouchability the most. According to this, 35% people of Jain community accepted the practice of untouchability. With 30%, Hindus are at the second place who said they follow this practice, 23% among Sikhs, 18% among Muslims, 5%among Christians and 1% among Buddhists said they believe in untouchability. That points out that the poison of casteism is not limited to just one society. The practice is found in almost all major religions and communities living in the country. The study team believes that the rate of untouchability in families across the country may be even higher because many people might not have given the right answer in the survey, due to fear. This study is a big setback for the nation that constitution maker Babasaheb Ambedkar, who had imagined a caste-free society.