UP 4th Phase: Polling For 59 Seats In 9 Districts On February 23 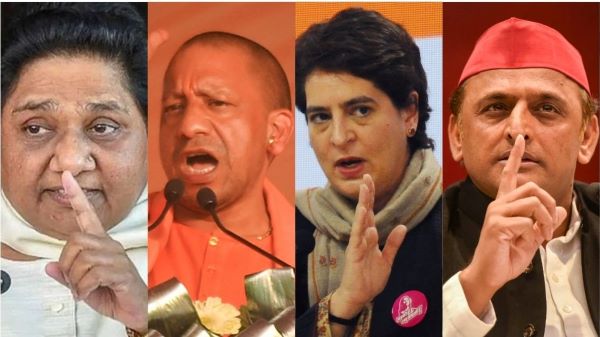 The Uttar Pradesh Assembly elections have completed its three stages of voting. In the first phase, 58 seats were voted on, followed by 55 seats in the second phase, and 59 seats in the third phase. Aside from this, 231 seats are still up for grabs in four phases, with the fourth round polling scheduled for February 23.
Also Read:
Assembly Elections: 64.3% Turnout In UP Third Phase, 63% In Punjab In Latest Update

Voting will take place in the fourth phase in 59 seats across nine districts. There are 624 candidates in the running for this position, including Rohilkhand from the Terai and Avadh regions. In the fourth phase, voters will decide on the seats of Lucknow and Rae Bareli. The Gandhi family's stronghold is thought to be in this area. In the past two elections, the party that wins in the Awadh area has formed the government in Lucknow.   However, the major battle in the 2022 elections is expected to be between the Samajwadi Party Plus and the Bharatiya Janata Party. Pilibhit, Lakhimpur Kheri, Sitapur, Hardoi, Lucknow, Unnao, Rae Bareilly, Fatehpur, and Banda are among the 59 seats that will be contested in this phase. Backward castes have a majority of seats (16 out of 59).
SP candidates are running for 58 seats in this region, with Om Prakash Rajbhar's party receiving two seats in the coalition. Aside from these, the BSP and the Congress have candidates running for all 59 seats. The Bharatiya Janata Party is contesting 57 seats, while its ally Apna Dal is contesting three.   This election, according to political analysts, is not being held in order to bring about change. The SP alliance and the BJP alliance are thought to be in a fierce battle. BJP won 90% of the seats in Rohilkhand and Awadh in the 2017 elections, with one seat going to BJP's ally Apna Dal(S). In other words, the BJP-led coalition won 52 seats.
Aside from these, the SP received four seats, while the BSP and Congress each received two. The BSP and one Congress MLA then joined the BJP. The BJP swept the opposition parties out of four of the nine districts, with the opposition receiving no seats.   Apart from these, voting will take place in four Banda district seats where the BJP won the previous election. In 2017, the BJP gained five seats and its ally one seat in Fatehpur district, while other parties were wiped out as well.
The Bharatiya Janata Party considers Hardoi to be a crucial district. The BJP won seven of the eight seats in the recent election, while the Samajwadi Party received one. In the past election, the Congress party won only two seats in Rae Bareli, which is considered a bastion of the party, while the SP won one and the BJP won three.   All four seats in Pilibhit and all eight seats in Lakhimpur Kheri were won by the BJP. It is currently considered that there is resentment among the people here as a result of the farmers' agitation and, later, the killing of four farmers from Thar.
Ajay Mishra, the son of a Union minister and a 'farmer murderer,' has also been granted bail by the High Court for reportedly having a big percentage of Brahmin voters in his constituency.   This is believed to favor the Bharatiya Janata Party, with the BJP presuming that the farmers' movement has had its effect in the area. On the other hand, it is also being reported that the peasantry here is upset with the BJP as a result of the unrest and subsequent murders of farmers, and that the party may have to face the brunt in the elections as a result.