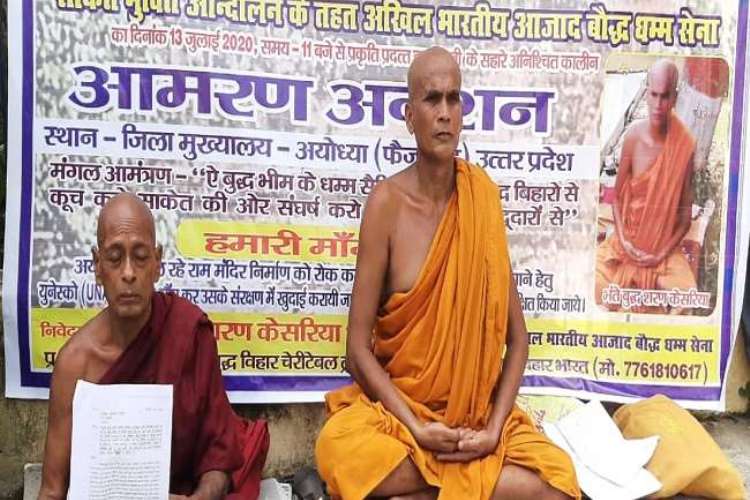 In May this year, the Ram Mandir Construction Trust claimed that while leveling the ground, a Shivling, seven black stone pillars, six red sandstone pillars, a ‘Shikhar’ flower, and four broken statues of deities were found. Shortly thereafter Buddhist monks claimed that the recovered objects belong to Buddhist culture and that the construction of the Ram temple should be stopped and excavated under UNESCO surveillance.

Followers of Buddhism consider Ayodhya as the ancient city of Saket, which was the center of Buddhism in ancient times.

A protestor who reached Ayodhya said, ‘We have sent our memorandum to the President, the Chief Justice of India and other government agencies through the Ayodhya administration. If the construction of the Ram temple isn’t stopped and the complex ain’t handed over to UNESCO for excavation, the movement would be started again.’ Faizabad city magistrate SP Singh said, ‘We have received the memorandum of the Buddhist leaders and we will send it to the persons addressed. On our assurance, the Buddhist community has stopped it's fast.’

Earlier, Dalit activists have been running a campaign on social media claiming that the sculptures recovered from the land during the excavation are related to Buddhism.

By Sidharth Pandey 17 minutes ago