UP Bypolls: Nomination Begins, Ruling BJP Yet To Declare Candidates 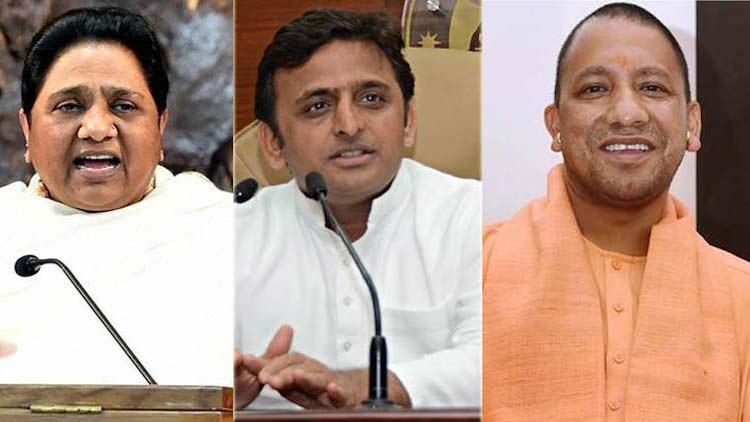 As the nomination for the by-elections in seven Assembly seats in Uttar Pradesh commenced on Friday, several opposition parties including Samajwadi Party, Bahujan Samaj Party and Congress announced the names of their candidates. But the ruling BJP is yet to declare its candidates. This election is being seen as the ‘semi-final’ before the 2022 assembly elections. Most of the seats became vacant due to deaths of the BJP MLA or ministers. Also Read: As Channels Hammer Republic TV Over ‘TRP Fixing’, I&B Ministry Asks Not To Malign Individual, Groups

Of the 7 seats to be elected, five seats became vacant after the demise of BJP MLAs. Kamal Rani Varun from Ghatampur seat in Kanpur, cabinet minister and former cricketer Chetan Chauhan from Naogaon Sadat in Amroha, BJP MLA Janmejaya Singh from Deoria. The seat of Bulandshahr is left vacant following the death of BJP's chief whip Virender Singh Sirohi and Malhani MLA Parasnath Yadav. The Tundla seat in Firozabad became vacant after the cabinet minister SP Singh Baghel became MP, whereas following BJP MLA Kuldeep Sengar’s conviction in a rape case, Bangarmau Assembly seat was left vacant. Even Shivpal Yadav's Party PRASPA has announced the names of candidates for several seats. But no candidate's name has been declared by the ruling BJP. Some party leaders say that three to four people are claiming tickets on the seats left vacant by the death of the party’s MLAs or ministers. Among the ticket seekers, the families of the deceased MLAs are involved and that’s why the party high command is fussing over who should be given the ticket. Sangeeta Chauhan, wife of former minister Chetan Chauhan from Naogaon Sadat seat of Amroha, is seeking a ticket. Similarly, from Bulandshahar seat, Virender Sirohi's wife Usha Sirohi, his elder son Vinay Sirohi, his wife Aruna Sirohi and Virender Sirohi's youngest son Vinay Sirohi are also among the ticket contenders. While Sangeeta Sengar, wife of Kuldeep Singh Singer, ex-BJP MLA in Bangarmau seat, who is serving a jail sentence on rape charges, is the most powerful contender for the ticket. Kamal Rani Varun became MLA from Ghatampur and then cabinet minister. After his death, his daughter Swapnil Varun and another member of his family are seeking the ticket for the same seat. However, it is also being said that the within BJP, the situation is also not conducive and that is why the party is taking too much to announce the names of the candidates. The seven seats going to the polls include Tundla, Bulandshahar, Naugawa Sadat, Ghatampur, Bangarmau in western UP and Malhani, Deoria Sadar seats in eastern Uttar Pradesh. The nomination process for the seven seats with the by-elections has started from Saturday and voting will be held on November 3. While the election results will be released on 10 November.
TAGS Congress candidates Candidates candidates list Samajwadi Party BSP Congress BJP Nominations UP elections UP bypolls