UP Elections Phase 1: Which Party Will Dominate Western UP? 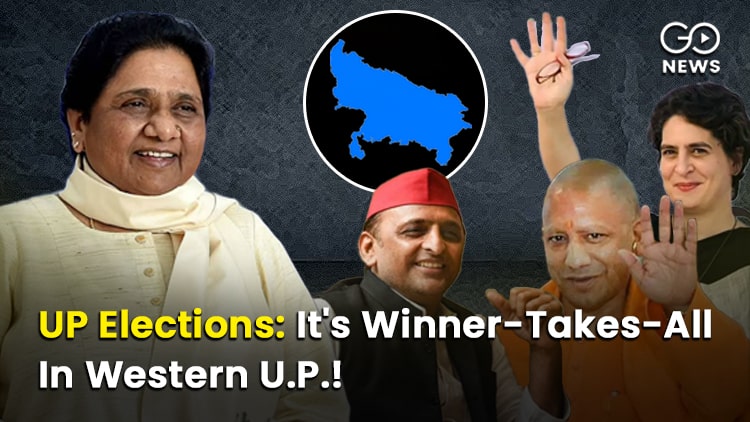 Voting is now complete for the first phase of the Uttar Pradesh elections, with approximately 60% turnout recorded, reportedly 3% lower than that in 2017. This election is primarily being seen as a contest between the BJP and the SP-RLD combine. GoNews told our readers how the BJP swept away its opponents in this region of western U.P. in 2017. The saffron party had a winning rate of 91% and had won 53 of 58 seats. The support of Jats and Brahmins had been instrumental in securing this victory.  The Brahmin voters of the Bahujan Samaj Party (BSP) had also crossed over to the BJP. In the previous election, the BSP was the second biggest party in the western U.P. region where the first phase polling concluded yesterday. It emerged as a major challenge for the BJP in 33 seats, whereas the Samajwadi Party and the RLD could only manage to secure runner-up in 15 and 3 seats respectively.
Also Read:
India's GDP Growth Rate Forecast For 2022-23 Slashed Within Ten Days!

It is believed that the primary election issues in Uttar Pradesh have shifted outside ‘development issues’ into the familiar territory of caste and religion arithmetic. Therefore, Muslims and Scheduled Caste (SC) communities have a decisive role to play in the outcome.  In 2017, 45% of Muslim voters went with the SP, whereas both the Congress and the BSP got 19% of the minority community’s vote. As was the case in 2017, the brahmin voters of the BSP shifted away but the party’s core voter base of Jatavs (an SC caste group) and Muslims did not change significantly. A similar trajectory is being expected for this election.  The BSP is seeking to widen its vote base to Muslims and Brahmins in this region, which happens to house Badalpur, the native town of the party’s chief Mayawati, in Gautam Budh Nagar. The party has fielded 44 Muslim candidates, more than any other political party.  Muzaffarnagar in Western U.P. has more than 41% Muslim voters, and if the Dalit (SC) voters are combined then it reaches to around 55%, enough to had victory to any party who can secure their vote. Meerut also has 34% Muslim voters, which combined with Dalits can reach 52%. 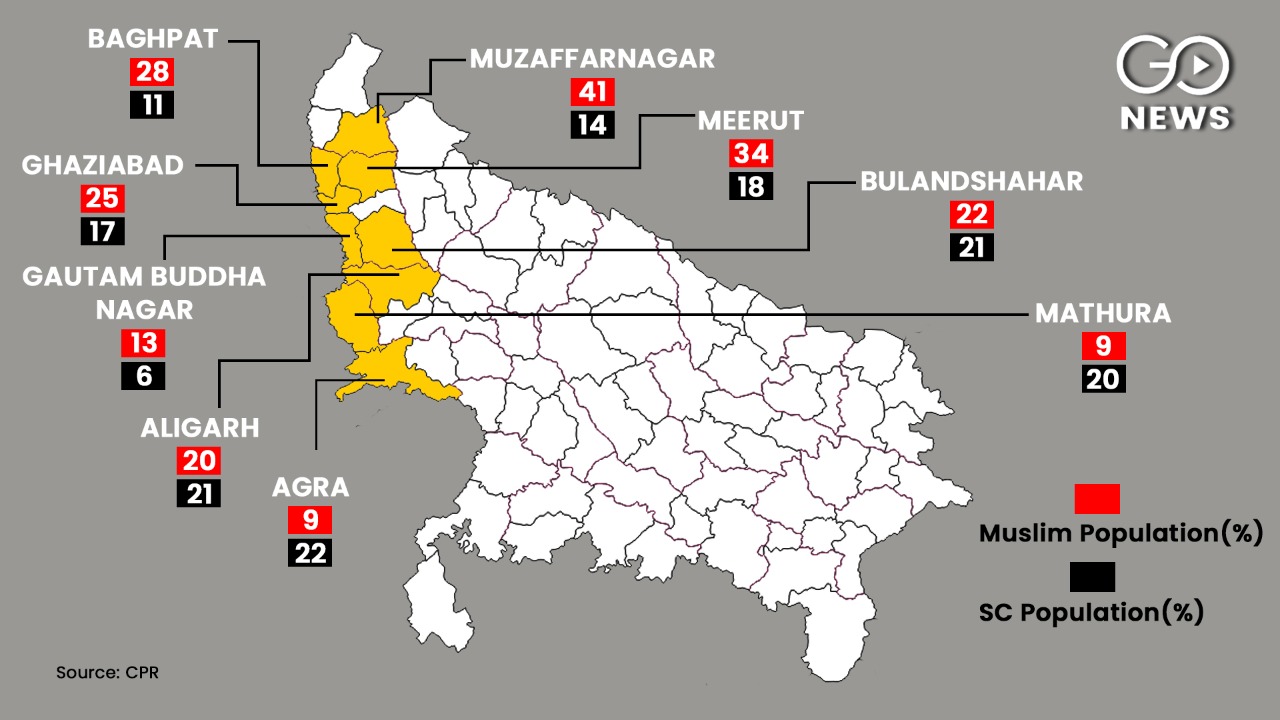 The same Muslim + Dalit combination numbers 43% (7 seats) in Bulandshahr, 42% in Ghaziabad (3 seats), 41% in Aligarh (7 seats), and 39% in Baghpat (3 seats). The two communities together make up 31% in Agra (9 seats), and 31% in Mathura (5 seats).  Although there are avenues for cutting into this vote and it is not a fully monolithic combination, yet it is possible than a measure of united voting by the two can play the key role in deciding the outcome for all the parties in the contest.