UP: Man Who Tonsured Nepal Citizen Still Out Of Police Reach 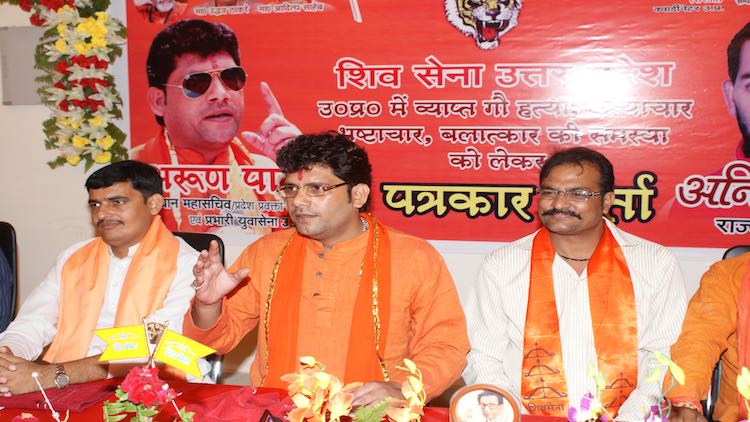 Arun Pathak, the man who tonsured a Nepali citizen in PM Modi's parliamentary constituency Varanasi, is still out of the UP police reach. Even after 48 hours have passed, Arun Pathak, the main accused in such a sensitive case, has not been arrested, raising questions on the intent of the Varanasi police.
Also Read:
Watch: Closest Pictures Ever Taken of the Sun

The UP Police has so far arrested one of the accused Santosh Pandey, who shot the video of the incident. The video was later uploaded by Arun Pathak on his Facebook handle. The Police have named Arun Pathak, Santosh Pandey, Amit Dubey, Ashish Mishra and Raju Yadav as accused in this case. Nepal's Ambassador to New Delhi Nilambar Acharya on Friday had a telephonic conversation with UP CM Yogi Adityanath regarding the sensational case. He tweeted that CM has assured the safety of Nepali citizens in the State.

Flash: Nepal Envoy to India @nilacharya speaks to CM of UP after a Nepali national was tonsured and forced chant anti Nepal slogans. Both sides agreed India Nepal ties should not be impacted with UP CM @myogiadityanath assuring safety of Nepali nationals in the state.

Politics has heated up on this issue in Nepal and opposition parties have launched a scathing attack on Nepal's PM KP Sharma Oli. Former Deputy PM Upendra Yadav held PM Oli directly responsible for the deepening gap in Indo-Nepal relations. Hatred is spreading among the citizens of both India and Nepal after the PM Oli’s remark that Ayodhya lies in Nepal. Meanwhile, video of Nepal citizen is increasingly going viral in Nepal's social media and hatred is being instigated against Indian citizens.